Also a little more detailed version from an NPR segment on a podcast from earlier this week.  Seems that outlawing abortion was a business decision for doctors (white and male) back in the way back. Not really surprising.

Since the very flawed decision to overturn Roe last summer, the push is on for much harsher anti-abortion legislation throughout the country as you all know. Iowa is one of the states seeking to all but outlaw abortion. Stuff like this makes me wonder why anyone would want to live in Iowa anymore.

Aye, well how about a quiz?

A) Amid Republican threats to upend the economy, the US reached what milestone Thursday morning?

B) After doing an internal investigation, SCOTUS found that who leaked the Dobbs decision that overturned the Roe decision?

C) What two major tech companies announced layoffs this week of 10,000 and 12,000 respectively?

D) What major tech company was fined $60,000 for ergonomic violations in its warehouses? (the fine is .000013% of this company’s annual profits)

E) Today is also the Lunar New Year. This year is the year of what animal?

F) George Santos is a gift that just keeps giving. Last week it was revealed that he had spent some time working as a what in Brazil?

I) Who was fined $1 million for filing frivolous lawsuits in Florida?

J) What country is contemplating sending its top of the line Leopard 2 tanks to help Ukraine?

L) What member of the Biden administration will be marking the 50th anniversary of Roe V. Wade with a speech in Florida today?

M) Who wrote the majority opinion in the Roe V. Wade decision 50 years ago?

N) In a real surprise the female Prime Minister of what country announced that she wold step down in February after only 5 years in office?

O) Republicans are proposing allowing smoking again at what location?

P) Tornadoes were recorded in Iowa last Monday. When was the last time Iowa recorded tornadoes in January?

Q) Soloman Pena orchestrated attacks on Democrats last week in what state to retaliate for his losing his race for public office?

R) Wes Moore was sworn in as the first black governor in what state?

T) Because of its ability to scare monsters away, what is the primary color used for decoration during the lunar New Year?

Reminder that Regan tripled the national debt and George W. Bush doubled it during his reign

A) The debt ceiling was reached

B) They didn’t find any culprit. I think Alito bird leaked it (a little bird!)

O) On the House floor – gotta own them Libs

DeSantis’ health adviser tells audience that the best way to deal with covid is: to call out to Jesus and Kingdom of Heaven for help.

This happens when religion takes over.

When science is ignored.

When nut job fanatics take over. 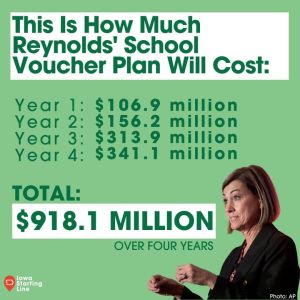 retired in West Liberty
View all posts by Dave Bradley →
This entry was posted in #nevertrump, Humor and tagged Roe v. Wade. Bookmark the permalink.