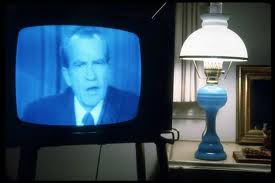 did this man not being prosecuted lead us to where we are today?

The Boston Globe has dropped its paywall to allow readers to read their very important series “Future Proofing The Presidency.” In this series the Editorial Board of the Globe examines the major flaws and weaknesses in the constitution and in our laws that allowed Donald Trump to get away with the massive corruption of his presidency.

While it won’t be easy, this must be done or the next Trump won’t be able to be stopped. The corruption of the Trump presidency must, must be a midterm issue. We don’t have a lot of time to fix this broken system, especially with the new and corrupt voter suppression laws that have passed in so many states.

The Editorial Board starts off with a very powerful overview and then works its way into the specifics of the massive corruption:

Before the day Donald Trump moved into the White House in 2017, Americans had never had to contend with a president in such deep financial trouble — and with such determination to conceal his true finances from the public. Trump’s business empire — the one he espoused during the campaign as an example of his purported financial acumen — was nothing more than a hollow gold-plated shell. While he was dumping money into his hotels, his golf courses, and his real estate deals, they were netting him almost nothing but significant losses year after year. By the time he was running for reelection, Trump was over $400 million in debt, most of which would have been due during his second term should he have won in 2020.

And yet for nearly four years, there was effectively nothing whatsoever the public could do about it. As was the case for so many of the countless outrageous abuses of his presidency, the former president largely got away with serving a full term in which he bargained with foreign leaders, signed tax legislation, and named financial regulators, without ever coming clean about his own personal debts and the conflicts of interest and opportunities for corruption they created. While there are supposed to be laws and limits on the presidency, Trump was unrestrained, exposing just how toothless those safeguards have become and just how urgently the nation needs to reform the office of the presidency itself.

Presidents in a democratic system of government are not meant to be able to extract personal profits from government service — or hand out pardons to imprisoned buddies, pervert justice, or foment an insurrection. That’s the promise of democracy: that it will be superior to these authoritarian tendencies of tyrants and kings. When these laws and norms are violated, they should be backed up by severe consequences if that democracy is to maintain its integrity. But right now, as it stands after Trump’s four years in office, American presidents can, in fact, commit all those abuses — and suffer little more than losing their Twitter account.

Trump may not have destroyed the American presidency, but he did put the institution on a perilous path. Because while Trump himself has been sitting in Mar-a-Lago brooding over his loss to Joe Biden, all the weaknesses in our legal and constitutional system that he exploited remain, waiting for a future presidential miscreant to take advantage of them — maybe even for Trump himself, if he is reelected in 2024. That’s why Congress and the current president must act fast and impose more durable legal guardrails on the commander in chief. By passing stronger anti-corruption laws, strengthening existing norms and creating new ones, and deterring future presidents from abusing their power by making an example of Trump and holding him accountable, the country can protect itself against future — and potentially far more devastating — presidential corruption and misconduct. The nation can, and must, prevent the rise of an American tyrant.

From there the Board goes on to dissect Trump’s presidency for the corruption that was often right out in the open. From financial dealings to nepotism to a whole Administration dedicated to hiding the evidence to the rewards & punishments Trumps still doles out.

The series concludes with arguments for the prosecution of the former president:

So now there is only one way left to restore deterrence and convey to future presidents that the rule of law applies to them. The Justice Department must abandon two centuries of tradition by indicting and prosecuting Donald Trump for his conduct in office.

That’s not a recommendation made lightly. The longstanding reluctance to prosecute former leaders is based on legitimate concerns about the justice system being used to settle political scores. But filing charges against former leaders is not a radical step, either: Foreign democracies, including South Korea, Italy, and France, routinely manage to prosecute crooked former leaders without starting down a slippery slope to authoritarianism. President Nicolas Sarkozy of France was recently found guilty of bribery, a decade after his predecessor, Jacques Chirac, was convicted of corruption. France’s democracy and its image around the world remain intact.

If you have about 40 minutes, this is an excellent review of the Trump corruption and what may be in store for the country if this aberrance is not health with. I have long maintained that Gerald Ford’s refusal to prosecute Richard Nixon for his corruption led directly to the corruption of Ronald Reagan, George W. Bush and most certainly Trump. If the problem is not dealt with it will fester and grow.

retired in West Liberty
View all posts by Dave Bradley →
This entry was posted in #nevertrump, #trumpresistance and tagged Boston Globe, corruption, no one is above the law, prosecute Trump, Richard Nixon, Trump presidency. Bookmark the permalink.
Loading Comments...
%d bloggers like this: