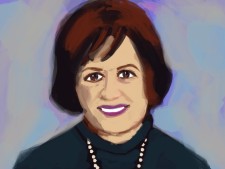 Editor’s note: I stumbled on this diary on dailykos.com the other day. Dailykos has a policy of allowing full reprints of their articles provided they are given full acknowledgment. This diary is a good summation of the horrible mess that HAVA and subsequent  changes have wrought.  As you well know the Republican Party will NOT do one damn thing to fix the problems:

In 2016, American election systems in 39 states were reportedly hacked and/or compromised by corrupt leaders in office and by foreign and domestic entities. How that corruption affected election results is still unknown—and may remain unknown given there’s proof that hacking can be done—without leaving a trace.

So, how safe will our voting systems be in the upcoming midterm elections? Switching from electronic/paperless voting ballots back to paper ballots is being discussed more and more and may be the only way to ensure the fairest midterm elections. One computer scientist has been a longtime relentless advocate for bringing paper ballots back to all states and exposing the perils of electronic paperless ballots. That scientist is Barbara Simons. She is a former President of the Association for Computing Machinery (ACM), the nation’s largest educational and scientific computing society, and the first and only woman to have received the Distinguished Engineering Alumni Award from the College of Engineering of U.C. Berkeley, where she earned her Ph.D. in computer science. Jill Leovy with The Atlantic reports on the story:

For years, Barbara Simons was the loneliest of Cassandras—a technologist who feared what technology had wrought. Her cause was voting: Specifically, she believed that the electronic systems that had gained favor in the United States after the 2000 presidential election were shoddy, and eminently hackable. She spent years publishing opinion pieces in obscure journals with titles like Municipal World and sending hectoring letters to state officials, always written with the same clipped intensity.

Simons, a liberal, has written books that examined voting systems. Previously, prominent progresssive organizations like ACLU and the American League of Women Voters worked against Simons and her push for paper ballots. They believed paper ballots removed the opportunity for more people with disabilities to vote. While that is a valid point, a greater concern, Simons sees, is that paperless ballots are leaving whole elections at risk. In the past, Simons has been treated poorly. At one conference, the American League of Women Voters tried to yank the microphone from hands not wanting her to continue pointing out her views and fears.

Freely speaking her mind in public today no longer poses a problem for Simons. In July she packed a room at the annual Def Con Hacker Conference in Las Vegas. She told the audience. “I lose sleep over this. I hope you will too.” She conducted an experiment.

Four voting machines had been secured for the event, three of them types still in use. One team of hackers used radio signals to eavesdrop on a machine as it recorded votes. Another found a master password online. Within hours of getting their hands on the machines, the hackers had discovered vulnerabilities in all four.

That afternoon, Simons was surrounded by reporters. She told USA Today, “Anything that’s happening in here, you can be sure [it’s something] that those intent on undermining the integrity of our election systems have already done.”

According to the Department of Homeland Security, those efforts included attempts to meddle with the electoral process in 21 states. At the same time, a series of highly publicized hacks—at Sony, Equifax, the U.S. Office of Personnel Management—has driven home the reality that very few computerized systems are truly secure.

Simons has now garnered the respect of state officials and the aforementioned progressive organizations. They are finally listening.

Considered a voting expert, Barbara Simons currently helps to run Verified Voting and says she wishes she was wrong about election hacking. She believes the databases of voter registrations were targeted by Russia in the 2016 elections adding, “Our democracy is in peril.” In her warning, she stresses that with cyber security, you have to protect against everything—but your opponent only has to find one vulnerability.

Simons relays some good news in that we have a single technology at our disposal that is invulnerable to hacking, and that is—paper,  Her goal, and that of Verified Voting, is to get paper ballots back into every state.

By Verified Voting’s count, 13 states, including populous ones such as Pennsylvania and New Jersey, still have paperless voting. Given the thin majorities in Congress, that leaves more than enough machines to allow hackers tremendous power to influence American politics. And all 50 states use computerized scanners for vote counting—few of them with sufficient postelection auditing to detect manipulation. Mandatory audits, in the form of hand counts of randomized samplings of ballots, are essential to protect against invisible vote theft, Simons believes. In an unaudited system, malicious code could easily go unnoticed. “It’s not rocket science,” she said. “Any halfway-decent programmer could do it.”

For more on this subject, read Leovy’s full and extensive piece in the Atlantic, HERE—it’s well worth the time.

As said again and again— it matters not how good our candidates are or how many people show up to the polls to vote during the upcoming Midterms; if our votes are compromised, hacked and/or dis.    counted, we stand to lose and could end up with a Republican majority continuing to hold the majority in Congress. And without a Democratic House majority to start impeachment proceedings, we could end up with the re-election of Donald Trump. This is a risk that causes most Americans who voted against Trump—to shudder. This a risk that causes many around the world to shudder. Since there is not enough time to protect our upcoming elections against hacking, there is enough time for a Simon’s simple solution—switch to paper ballots.

Barbara Simons is a former President of the Association for Computing Machinery (ACM), the nation’s largest educational and scientific computing society. She is the only woman to have received the Distinguished Engineering Alumni Award from the College of Engineering of U.C. Berkeley, where she earned her Ph.D. in computer science. A fellow of ACM and of the American Association for the Advancement of Science, she also received the Computing Research Association Distinguished Service Award and the Electronic Frontier Foundation Pioneer Award. An expert on electronic voting, she published Broken Ballots: Will Your Vote Count?, a book on voting machines co-authored with Douglas Jones. She has been on the Board of Advisors of the U.S. Election Assistance Commission since 2008, and she co-authored the report that led to the cancellation of Department of Defense’s Internet voting project (SERVE) in 2004 because of security concerns. She was a member of the National Workshop on Internet Voting, convened by President Clinton, that conducted one of the first studies of Internet Voting and produced a report in 2001. She co-authored the July 2015 report of the U.S. Vote Foundation entitled The Future of Voting: End-to-End Verifiable Internet Voting.  She is retired from IBM Research.