When it came Friday it was mostly about Reproductive Rights rallies. It has been incorporated into yesterday’s post. 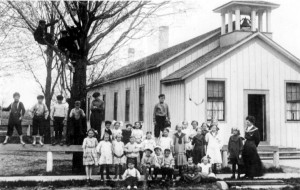 The major issue that Republicans are still dealing with is destroying Iowa’s once highly praised public school system. The plan is to redirect funds to private schools through a “voucher” system.

There is no evidence that private schools would provide education for Iowa’s students. But that is not the driving force behind this transfer of funds from the public to the private sector.

The driving force is to trash Iowa’s public school system. Many of the private schools that will be getting public money through vouchers are religious schools. This should raise concerns among even the most religious citizens.

retired in West Liberty
View all posts by Dave Bradley →
This entry was posted in church and state, Republican Policy and tagged privatizing education, vouchers. Bookmark the permalink.