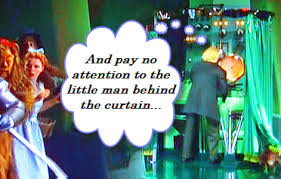 The fiasco in Indiana exposes the Republican Tea Party for what it has become – a party totally devoid of any ideas on issues, totally indifferent to the citizens of this country and totally committed to only one goal – controlling the government so they can hand our tax money to their rich donors. Way to go, baggers. Your greed forced you to pass laws condoning what Americans hate most – unequal treatment sanctioned by law.

What used to be the normal process of government addressing problems has been totally distorted by a Tea Party that answers only to their donors, but still must get elected in order to put in the oligarchy they desire.

So instead of perceiving problems or having citizens ask for action on problems, today’s Tea Party kowtows to the whims of the rich by continually cutting their taxes and making them exempt from costs of damage they do to the commons, such as the environment and infrastructure. These whims are handed to Tea Party legislators through lobbying groups like ALEC with the legislation that the rich want passed to achieve their goals. Thus we see Iowa’s legislature unable to fund schools while at the same time talking about more big tax cuts with the wealthy getting the lion’s share of the cuts.

The other place the Tea Party gets its ideas for legislation is the religious far right. These are groups that don’t care if people have food to eat or a roof over their heads, but are all about saving their souls based on the gods they believe in. These folks can deliver tons of votes of people fearful of going to hell. Since these religious right wingers vote in every election and usually vote for the candidate furthest right socially, the Tea Party must cater to their whims with insane legislation that keeps these groups voting and voting for Tea baggers almost exclusively.

With gerrymandered districts and restriction on who can vote this strategy has led to the majority of state legislatures and governorships in the hands of the Tea Party. With those majorities we see “the laboratories of democracy” as states have been dubbed experimenting with cutting revenues far below that which a state needs in order to function (Kansas is the prime example), busting unions as fats as they can (see Wisconsin) and of course continually trying to impose their religious concepts as law. In that last one you surely recognize the attempts by Indiana and Arkansas (and Georgia and North Carolina also) to impose legalized discrimination based on sexual orientation.

But let us not forget the many attempts that have been made in various state capitals to impose religious training in public schools, to make creationism the equal of science in schools and many other attempts to make religious concepts part of public policy. Chief Justice Roy Moore in Alabama tries to impose his religious views on marriage in defiance of federal court decision. Just last week in Arizona, a legislator contemplated introducing a bill that would make church attendance on Sunday mandatory in her state.

Now, here in Iowa we have had the luxury of looking at these happenings as being something that happens somewhere else. Well, it would be happening here also were it not for the slim one vote Democratic majority in the Iowa senate. Terry Branstad is no longer a practical moderate. He finally sold what little was left of his soul for a return to Terrace Hill. He was always very right wing, but somewhat practical. He threw out that practical part for the money from the wealthy and the votes from the religious. He was a founding member of ALEC and still looks to make a mark for them. He is virulently anti-union and no longer even tries to cover it up. He never misses a chance to show his religiosity these days. Who can forget about a year ago when he flaunted his disdain for the separation of church and state with a big ceremony declaring a day of prayer in Iowa. He then made a big show of at one of the ceremonies later in the summer.

In the Iowa legislature, the Tea Party pretty much marches in lock-step. They would love to be passing some of those give aways to the wealthy and are successful in at least giving some of our treasury away. They would also love to join their tea Party brethren across the country in making discrimination legal and making their Christian dogma into law. Save for one seat in the senate we would easily be an Indiana or a Wisconsin with Terry Branstad happily signing away the rights of the minorities with a big smile. And if he should no longer be in office, you can bet Kim Reynolds would love to be a Tea Party hero.

So don’t be smug Iowans. We are only a heartbeat away from being just another state run by the rich, for the rich with a helping of region on the side.

So if Tea Party legislatures were actually governing and solving problems that actually exist in the lives of common citizens what problems would they be addressing? Here is a short list. Note that these ARE problems that Democrats try to confront at all levels, but are being shut out by the legislative process:
– feeding the family
– decent housing
– working a full time job for a living wage
– good education for their children in an increasingly competitive world
– the cost of higher education and usurious lending rates to students
– health care for all citizens
– access to a neutral internet
– fixing and updating our infrastructure

This is just a start. Overarching all of these is climate change. I have heard there is a movement among millennials to vote only for candidates who will address climate change. Good for them!