Should this be The Permanent Democratic Platform?

from January 11,1944 but still fresh and still not fulfilled. When the next war ends….. 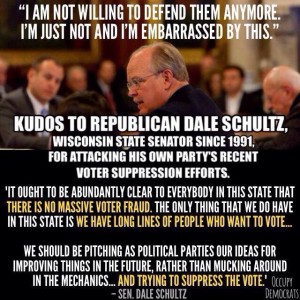 note to Matt Schultz: It is just as true here as in Wisconsin!

In Memory Of Maggie Thatcher
The anniversary of Margaret Thatcher’s death is about two weeks away. Last year I marked her death with about 50 playings of this song.

Here it is one more time for old time’s sake:

Fifth Anniversary Coming
Believe it or not it is nearly five years since the Varnum v. Brien decision. On April 3, 2009 the Iowa Supreme Court ruled in a unanimous decision that gay people had as much right to marry who they love just as much as heterosexuals did under the equal protection clause of the Iowa constitution. Since then some of the justices lost their jobs by being voted out.

Those judges were then awarded (deservedly so, I believe) the John F. Kennedy Profiles in Courage Award. Iowa was the beginning for what has become yet another round of civil rights. Many other states have followed suit to the point where nearly half of the US states accepts same sex marriage. The Attorney General of Kentucky said the other day that there was no sense in him spending state money to defend the Kentucky anti-gay marriage amendment because it would lose in court.

a big hat tip to EarlG at democraticunderground!

Note To My Democratic Friends:
RUN ON THE ACA. It is the largest advance in social legislation since Medicare and the civil rights legislation. It is not done, but it has