Good News: Breakthroughs Of The Year 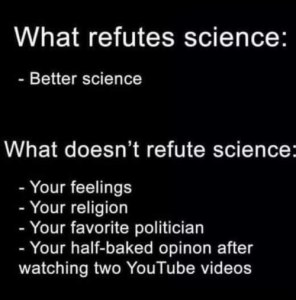 When it seems as if humanity couldn’t be doing more to lead ourselves to a mass extinction, along comes an article that reminds us that human ingenuity is doing some incredible things to keep our species alive and kicking,

Atlantic magazine inaugurated an annual article on Breakthroughs Of The Year this month. Reading through these will certainly give us hope. It also reminds us that while humans are capable of some gawd awful inhumanity, we also possess the power to make some incredible steps forward. Mix our brains with the power of science and the outcomes can be inspiring.

The article delves in length at achievements this year in exploring the cosmos, breakthroughs in artificial intelligence, exciting research that will lead to extending life, incredible advances in cancer treatment, great advances in vaccines and other areas to make life better and finally breakthroughs in green energy.

When we get bombarded daily by news that focuses on man’s inhumanity to man, it was sure nice to take a few moments to read about these advances and think that the future isn’t quite so bleak.

Here is an excerpt from the section on advances in cancer research and treatment that was almost unthinkable only a decade ago:

‘Unheard of’ Advances in Fighting Cancer

Miraculous treatments and an at-home test

In a trial with 18 rectal-cancer patients who were prescribed a novel immunotherapy, researchers found that the cancer vanished in every single patient. No, not receded. Vanished. “I believe this is the first time this has happened in the history of cancer,” Luis Diaz Jr., a doctor at Memorial Sloan Kettering Cancer Center, told The New York Times.

Months later, a trial of a new metastatic-breast-cancer drug delivered similarly miraculous results. Scientists developed a monoclonal antibody treatment targeting tumor cells with a mutant protein HER2, a familiar cancer culprit. The drugs sought out and destroyed cells featuring the mutant with such stunning precision that many patients’ lives were extended by more than six months. In conversations with The New York Times, one doctor called the results “unheard-of” and another deemed the trial “a new standard of care.”

This research raises new hopes that a combination of genetic breakthroughs and targeted treatments could fight cancer precisely, cell by cell, without requiring many rounds of brutal chemotherapy. Another genetic mutation commonly associated with various cancers is KRAS. It was considered “undruggable.” But this year, The Wall Street Journal reported that an Amgen lung-cancer pill targeting the mutation beat out a common chemotherapy in a late-stage study, helping patients survive without their tumors getting worse.

Finally, as most people know, the best way to treat cancer is to catch it early. But many of the most deadly cancers are imperceptible until they’ve progressed, at which point they are death sentences. For that reason, simple and accurate cancer tests may be one of the most important fronts in the long war against cancer. This year, the company Grail launched a blood test called Galleri. It’s not cheap, it’s not perfect, and it’s not even approved by the FDA; but it’s a start. The test, which looks for circulating tumor DNA in a blood draw, costs nearly $1,000. According to two early reports, the screening detects 50 types of cancer with a false-positive rate below 1 percent. If these kinds of tests get cheaper, more available, and more accurate, they’ll herald a hopeful future for medicine—one where breakthroughs in both early-stage detection and late-stage treatment squeeze cancer from both ends.

If you need a pick-me-up for this holiday season, this may be just what you need!

retired in West Liberty
View all posts by Dave Bradley →
This entry was posted in Education and tagged advances in sciences, breakthroughs, cancer, science. Bookmark the permalink.
Loading Comments...
%d bloggers like this: