Sunday Funday: Have You Started Christmas Shopping Yet? Edition 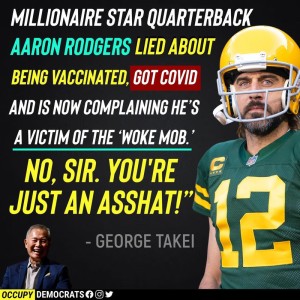 Well now that the Christmas season starts before the trees even turn color AND we are being warned “there will be delays” this year, have you started your shopping yet?

Nothing much happened last week, but we will include some early Thanksgiving questions:

A) Well, an estimated million of what group got vaccinated this week?

B) Iowa’s Mariannette Miller-Meeks declared that she was against what proposed program that would greatly affect seniors?

D) In San Diego last Sunday the US Navy christened a ship named for what slain gay civil rights leader?

E) Last weekend at least 8 people were killed during a crowd surge at a concert in Houston, Texas. Who was the performer at that concert?

G) From way back in history. On November 14, 1666 what lifesaving procedure was experimentally performed in Britain using two dogs? Typing was still far in the future.

H) What US Olympic gold medal winner was pepper sprayed in a racist attack in Los Angeles because she is Asian?

I) In the trial in the death of Ahmaud Arbery in Georgia, the defense attorney called out what person saying he didn’t want “any more Black pastors” in court?

J) What namesake of one of the Supreme Court’s worst decisions that declared “separate but equal” is the law of land  is set to be posthumously pardoned in Louisiana?

K) According to a new book by newsman Jonathan Karl, Vice-President Mike Pence hid where while the insurrectionist mob was looking for him to hang him?

L) Texas Senator Ted Cruz picked a fight with what puppet for that puppet’s audacity to promote Covid vaccinations in children?

N) Deaths in 2020 due to abuse of what substance rose 26% in Iowa, no doubt due to the stresses of the pandemic?

O) “Presidents are not kings, and Plaintiff is not President.” Thus spoke the judge in a case where who is trying to get the National Archives to suppress records?

R) A teenage girl being abducted in Kentucky used a distress signal from what popular social media site to get help from a passing motorist who summoned help?

S) The stock price soared for the initial public offering of Rivian last week. What does Rivian make?

The pathetic reality is either Kyle Rittenhouse will go to prison for murder or he’ll be the keynote speaker at the 2024 Republican National Convention. – Kaivan Shroff 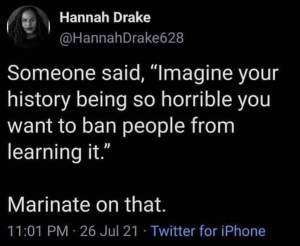 B) Medicare negotiating drug prices. No real good reason except for a “contribution” from big Pharma I would bet.

I) Rev. Al Sharpton (the trial is in open court)

K) in the parking garage underneath the US capitol

L) The feathers flew as Cruz called out Big Bird (sorry, I had to do it)

retired in West Liberty
View all posts by Dave Bradley →
This entry was posted in #trumpresistance, Covid-19, Humor. Bookmark the permalink.
Loading Comments...
%d bloggers like this: