So sorry I was out last week. Actually the computer decided to take the day off on Thursday. When this happened I was able to make what should have been a relatively minor problem into a crisis. Good old American know how!

So glad Fall is finally here. This summer was a real difficult one for us. Now with the cool air and the shorter days it is starting to look like we can finally take a few deep breathes. Plus we have the season of ghosts coming up from Halloween to New Year’s Day. That always helps to lighten the burdens.

Here is hoping the Dems can bet their infrastructure bills passed and get this country headed in the right direction once again. And now for a fun fall video:

Today’s quiz will have some Latino history questions and maybe a couple on the season of fall.

A) What evangelical host of “The 700 Club” announced Friday that he will be stepping down after 60 years?

B) Merck announced last week that it has an an anti-viral that is effective against what current dread disease?

C) The Iowa legislature will hold a special session beginning Tuesday to take up what long delayed matter?

D) The first Monday of October (tomorrow) is the traditional day that what group gets back together in Washington?

E) Who was the first Hispanic Housing Secretary for the US?

F) Merchants are already warning that what might be a bit leaner this year?

G) Rohit Shopra was confirmed Friday as the head of what bureau that Elizabeth Warren conceived and Trump tried to kill?

H) With assaults on staff tripling, Cox Hospital in Branson, MO. is giving staff members what device to aid in their security?

I) Is fall associated with the earth’s distance to the sun?

J) As Chuck Grassley  runs for an 8th term as senator from Iowa, he is being primaries. Who is his primary opponent?

L) What very Republican representative admitted on live tv that she was “wrong in opposing gay marriage.”?

M) What Supreme Court justice grew up on a housing project in the Bronx, New York?

N) What groups of elected officials have requested help from the Biden administration as their meetings grow more tense due to anti-mask protestors?

P) When it came to crunch time what vital monetary tool was extended for a couple of months just a day before it would expire?

Q) Military generals appeared before a congressional committee to answer questions about what recent event?

R) What retail giant announced they would hire 150,000 workers ahead of the holiday season this year?

S) Squeaky wheels get the grease. What senators had meetings with President Biden over the infrastructure bills?

T) Who sued to stop the release of White House records concerning the January 6th insurrection?

Q. How can the GOP keep sacrificing their own voters to Red Covid? 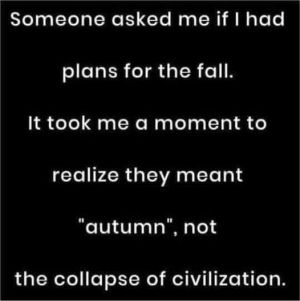 A) Marion G. “Pat” Robertson stepping down at only 91.

D) The Supreme Court. And do they have some surprises in store for us this year!

F) Christmas. Labor shortages and supply problems might make toys and other stuff hard to get.

H) A panic button to summon aid if they are attacked.

I) No – the sun is actually furthest from the sun in early July. It’s the tilt.

L) Liz Cheney of Wyoming. Her sister, Mary, is gay and married.

Q) the withdrawal from Afghanistan. Most blamed Trump for the mess we got in

If the Republican Party doesn’t move ahead without Donald Trump, it will be destroyed.

But Donald Trump will destroy the Republican Party if it tries to move ahead without him. 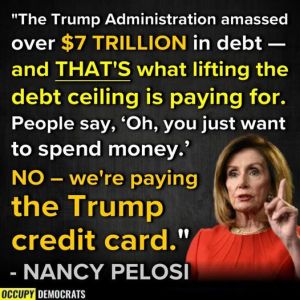