Is there anybody in that party that can stand up to Trump? What a bunch of cowards from the local school boards to the county supervisors, state legislatures up to congress. Where are their heroes?

Speaking of heroes what is Ashley Hinson trying to do? Thursday she introduced legislation that would block Vice President Harris from using taxpayer dollars to travel internationally before seeing the border crisis firsthand. What the hell does that have to do with good jobs, infrastructure, health care, schools, the climate crisis or any of a number of things that Iowans are concerned about. Thanks for the laugh, Ashley! This was a joke wasn’t it?

BTW the Biden Administration is doing a great job of unraveling the gawd-awful mess that your Messiah, Donny, left at the border. Try to stay out of the way of those who are doing good.

A) Allen Weisselberg’s name is suddenly over the news again. As a review, Weisselberg has what job that is of great interest to federal and New York State prosecutors?

B) No one was much surprised Monday when the Supreme Court said it would hear a case from Mississippi concerning what hot button issue?

C) The US and the state of Iowa both crossed new thresholds on Covid-19 deaths last week. What numbers did each reach?

D) Arizona SoS Katie Hobbs said last week that voting machines turned over to the ersatz auditors are now what?

E) Joel Greenberg, a close associate of what Florida congressman, pled guilty to charges Monday with a promise to cooperate as a witness?

F) As if the overwhelming Covid pandemic were not enough, India was hit by a what Monday?

G) President Biden went to Detroit Wednesday and while there took a spin in what Ford prototype?

H) The current suggested price of the prototype Biden drove is under what price point?

I) What right wing fast food favorite is dealing with sauce packet shortages that Trumpers are blaming on President Biden?

J) Last weekend trains derailed near what Iowa town and what town in southern Minnesota?

L) At the 2021 PGA Championship in South Carolina, Golfer Sebastian Munoz had a most unusual hole in one when he hit his tee shot into what?

M) What 35 year old scion of a well known New York political family got his gubernatorial campaign off to a rocky start by claiming he’s been in politics for 32 years?

N) May 24th, 1844 the first telegraph message “What hath God wrought?” was sent from the Capitol in DC to what nearby city?

O) Maryland officially dropped its state song “Maryland, My Maryland” which referred to who as a “tyrant and despot”?

R) Letitia James, AG of what state, expanded her probe of the Trump Organization to include criminal charges?

S) In the media world, AT&T will spin off Warner Media and merge with what cable staple group?

T)  What famed rock formation in the Galapagos Islands collapsed last week due to erosion?

It’s time to grow the economy from the bottom up and the middle out. – President Biden 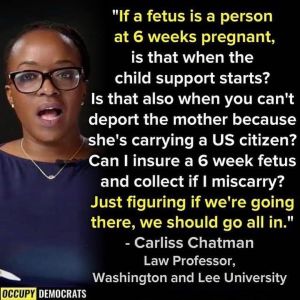 A) He is Donald Trump’s accountant

D) contaminated and will not be able to be used again

K) setting up a commission to investigate the January 6th attack on the US capitol.

P) Wearing a mask on the floor of the House. “Rule of Law’ republican refuses to wear a mask.

R) James is the AG of New York

Safe to say that Trump is to Kevin McCarthy what Jim Henson was to Kermit the Frog. – Jeremy Newberger 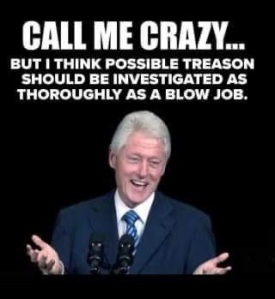