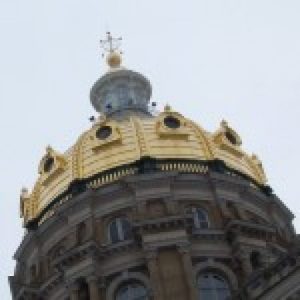 Considering that the Iowa legislature has a long-standing reputation of doing little of the work that Iowa needs done, this legislature far exceeded that reputation this year. I have tried to keep track, but it is nearly impossible. I think my brain is trying to block the awful stuff from my memory.

Fortunately there are good people who make it their business to follow and record the shenanigans of the legislature. One of the best summaries I saw for the ending of this most recent session came from Matt Sinovic and his compatriots at Progress Iowa:

Legislators pass horrific bills to end session, Iowans will have to pay the price

Des Moines, Iowa — The Republican controlled Legislature adjourned for the session just before midnight last night, after a final 48 hours of horror, passing legislation to end the session with a complete  regard to the health and wellbeing of Iowans. In response, organization leaders, elected officials, and advocates are speaking out against the reckless decision making, highlighting that Iowans will have to pay the price.

“At the end of session, Iowans should be relieved – instead they’ve awoken to a nightmare,” said Matt Sinovic, executive director of Progress Iowa. “In a matter of forty eight hours, Republican legislators managed to threaten reproductive rights, the right to protest, local services, and the ability for local communities to protect themselves against COVID-19. To make matters worse, the last minute legislation wasn’t at the request of the majority of Iowans, but truly the result of a battle for control between House and Senate leadership. Unfortunately, Iowans are the losers in this battle, having to pay the price with their rights.”

The following are excerpts of press coverage from around the state:

“They’ve largely ignored the challenges that our state is facing, that our small businesses are still struggling with, and it was politics as usual from Iowa Republicans. Division over unity and partisanship over common sense.”

“Public polls tell us that overwhelmingly a majority of Iowans support abortion rights and an overwhelming majority of Iowans oppose this particular constitutional amendment… “The list of things that Iowans need from this legislature is never ending. And yet here we are in the final hours of legislative session, prioritizing, taking away a fundamental right over protecting the health and safety of Iowans.”

“The kids didn’t get to say goodbye to their friends. They missed band concerts, choir concerts. There were lots of tears this week. But it’s not safe for them to be around unmasked, unvaccinated people in a building because Hans’ life is on the line. They can’t risk him. And it’s been horrible these last three days. Is that really what you want for medically vulnerable children all over Iowa?”

“Hogg said state data shows that Blacks make up 4.1% of Iowa’s population but account for 71% of the people in prison or on probation. The legislation would in some case turn two-year sentences into five years, worsening the racial disparities, Hogg contended. When Hogg asked several GOP senators what they had done to address the disparity, none answered him directly. A few declined to take his questions on the floor.”

“Just because you’ve chosen to turn your back on the hard work doesn’t mean that I will.”

“I’m naïve enough to keep pushing forward. I’m so afraid to become a Drew Edwards or George Floyd moment, that I cannot conceive stopping my pursuit to help us find a more perfect union.”

The short synopsis is that Republicans were focused on passing legislative priorities that advanced Republican causes (actually Trump Party causes) that had little to do with Iowa. The whole focus was to please the Trump wing of the former Republican Party for the purpose of re-election. It stinks.

And in the end, Kim Reynolds polished her bona fides by getting up in the middle of the night to end mask wearing in Iowa schools during the LAST FREAKING WEEK of school. Kick ‘em when they are down, right Kim?