There was just so much history going on in the clip above it makes the mind spin. The first female member of the executive branch is sworn in as Vice-President of the United States. The VP is being sworn in on the personal bible of the late Supreme Court Justice Thurgood Marshall.

Justice Marshall is in my humble opinion one of the greatest Americans ever to live. He crafted and executed the NAACP’s strategy to attack systemic racism through the courts. Marshall’s life was always in danger wherever he went because his strategy was highly successful. While others made headlines Marshall knocked down barrier after barrier. Most people will probably recognize Marshall’s signature win, the 1954 Brown v. Board of Education of Topeka, Kansas. This is the case that definitively struck down the bogus “separate but equal” fantasy for public schools and accommodations.

Then to add to the mix, the oath was administered by America’s only Latina justice and one of the handful of women that have served on the Supreme Court, Sonia Sotomayor. And as a little Easter egg in the whole proceedings I understand VP Harris wore purple in honor of Rep. Shirley Chisholm, the first woman to make a serious run at the presidency in the 1970s.

I mean a whole lot of history going on there, folks!

Now to my challenge: Can I write a quiz without referring to a certain former US official? Let’s see!

OK, so Trump didn’t have a vaccine plan, but in all fairness he was busy plotting the violent overthrow of the government. – Andy Borowitz 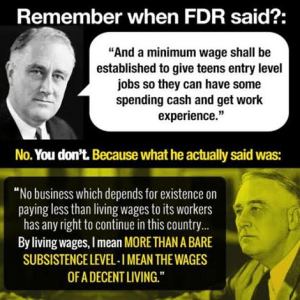 tip of the hat to democraticunderground.com

retired in West Liberty
View all posts by Dave Bradley →
This entry was posted in #nevertrump, Humor. Bookmark the permalink.
Loading Comments...
%d bloggers like this: