A bit of a long video. If you didn’t have trick or treaters last night because of the pandemic and you miss real humans in the White House this may perk you up. For October 30, 2015. 30 minutes:

First we need to understand that things are about to get bumpy. Dear Leader will not give up power easily especially considering his next residence may well be a jail cell. He thinks he has set up a system that will let him steal the election with the Attorney General, the Supreme Court and several governors and state legislatures set up to suppress votes like never before. If he does that will be the end of American Democracy.

Plans are already being made for protests if Dear Leader does try some of the tricks many have been anticipating. A website called https://protecttheresults.com has been set up as a clearinghouse for protests. As I write this there are no protests set up in Iowa, but that most likely will change.

As a bit of decompression from a terrible year we will ask some current event questions, some election questions and a couple of Halloween questions.

BTW did you set your clock appropriately? I will let you figure it out if you don’ know what I mean.

So you’re worried if white people become the minority? Why? Are minorities treated differently? 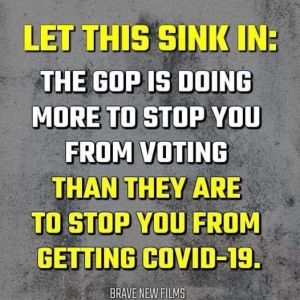 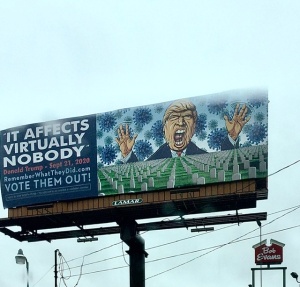 retired in West Liberty
View all posts by Dave Bradley →
This entry was posted in Blog for Iowa. Bookmark the permalink.
Loading Comments...
%d bloggers like this: