Whatever Happened To Family Values? 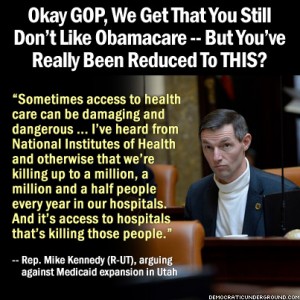 Let’s talk kitchen table issues. Let’s get real about what they are and who supports the side of the issue that will really help families stay together, grow and prosper. American families have been so beat down by Republicans claiming to be a party of family values while doing all they can to create conditions that lead to the dissolution of families and the consequent costs to the individuals affected and the costs to society as a whole.

The very first issue is money – how to get it and how to be able to buy the essential goods and services that people need to survive and thrive in a family. Democrats since the days of FDR right through the present have championed decent wages for all regardless of race or sex, and the formation of unions to help workers to bargain collectively for good wages and working conditions. Republicans have fought tooth and nail to bust unions, and make it possible for employers to pay the lowest wages possible. Nothing will break up a family quicker than money problems.

A subset of this is programs for those in a society unable to work due to disabilities, age, lack of skills or loss of job. Do I need to tell you that Republicans are doing all they can to kick these folks to the curb and take away any safety net for these folks even tough in the case of lost jobs they have been primarily responsible for jobs being sent out of the country. Republicans are also doing all they can to end Social Security, Medicare, Medicaid unemployment insurance and food benefits. These are programs that have been designed to aid folks when they are not productive. All have been quite sustainable and have been instrumental in keeping families together in tough times.

Education is also a major issue at the kitchen table. Will the local school be adequate so our kids can be competitive? Can we afford college when the time comes? Will the costs of education put our kids in debt forever? Republicans have done all they can to ruin public schools so their corporate buddies can rake off tax dollars as so called charter schools. They have done away with affordable loans for college and made it impossible to discharge college debt even after death. Costs have skyrocketed for college because state and federal aid has dried up, thus putting the cost out of reach for middle class and below. Democrats have proposed legislation to deal with many of these issues but the Great Republican Obstruction Machine has stopped any attempt to remedy these problems.

While Republicans have blocked education at every turn, they are in favor of building and creating a privatized prison system. If a child doesn’t get a chance in school, prison may be in their future. It costs so much more to house an inmate than to educate a child. But children do donate to campaigns.

Another major problem is making the weekly check stretch. Fixed bills like rent, heat and lights, car and gas to get around have gone up dramatically while paychecks haven’t. Republicans continue to block any investigations of things like commodities while doing all they can to bust any forms of collective bargaining. Look at the spate of states trying to pass so-called “right to work” laws which drive wages down. Also remember that Republicans are the ones that smoothed the way for sending good American jobs to the lowest bidder overseas.

What about the aging parents? Republicans have done all they can to kill Social Security for 80 years and Medicare and Medicaid for 50 years. They will continue to aggressively stalk these programs to kill them while claiming they are “protecting” them. That is Joni Ernst’s word. She cynically used it as she used her parents in an ad claiming her support for Social Security. Her mother should wash her mouth out with soap. Do I need to tell you that Democrats not only created these programs, but support them to the fullest.

Probably the most important overlying issue that not only threatens families but life on earth itself is climate change. Do I need to tell you that Republicans deny, deny, deny climate change is happening even while sea water fills Miami streets daily? They do so because their owners in the oil industry need them to block any energy plans that would be more earth friendly and common sense.

This is only a short list. No doubt your family has more specific problems you talk over at the table. Have you ever discussed how your issue relates to policies of our governments at various levels and what either party is doing to address it? If you are honest in your evaluation, you will see that Democrats have worked to solve problems only to have Republicans totally block solutions or make the solution very messy.

What happened to the Republican push for their Family Values just a few years ago? It was always just a diversion to make people believed they care while they were stealing the middle class blind and passing it on to their wealthy corporate donors.

Here is Thom Hartmann with a clip of Teddy Roosevelt over a hundred years ago discussing a living wage (4 minutes).

You will see that from today’s Democrats, but not from Republicans.