Who Is To Blame For Our Failure To Pass Sensible Gun Regulations? 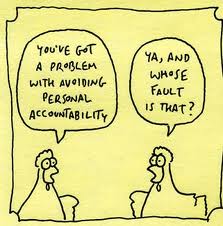 “I shouted out, who killed the Kennedys? When after all it was you and me.”   – Mick Jagger

There is plenty of blame to go around:  Here’s what BFIA came up with for starters.  Assign your own percentages.  Feel free to add to the list.

– Red state Democrats (4 of them) who voted with Republicans

– Harry Reid for backing down on filibuster reform

– Republicans for being the party of stupid

– The vast majority of Americans who do not participate in “politics”

– President Obama, who not being omnipotent, can’t make the GOP stop being the GOP

– Mainstream media’s insistence that both parties are equally to blame

– Lack of journalism, lack of reporting on issues.

Like Loading...
This entry was posted in gun control and tagged gun control legislation, gun safety. Bookmark the permalink.

1 Response to Who Is To Blame For Our Failure To Pass Sensible Gun Regulations?