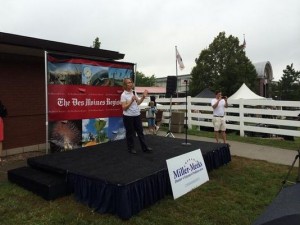 The unmitigated gall of Representatives Mariannette Miller-Meeks and Ashley Hinson never ceases to astound me and other watchers of things political. A little less than a week after both representatives voted against a bill to guarantee that people have access to contraception, these two introduced a bill that would- they claim – guarantee people would have access to contraception!

Cynical? Duplicitous? Downright misleading? However you describe it, these two representatives are doing what they can to play both sides of the fence. They voted against it and then tried to set up a situation where they ride in on a white horse to save the day!

The reason that the contraception has come up as an issue is because SCOTUS Justice Clarence Thomas put a target on contraception as an issue he wants to overturn with the extreme radical right wing that now serves as America’s Supreme Court. Rather than get blind-sided again like they did on Dobbs, Congress has decided to codify the right to control at least some reproductive rights.

Since there is no chance that the current House leadership would ever allow the bill to advance, these two charlatans can claim that they favored access to contraception but what they will refer to as ‘radical leftist Democrats’ stopped their effort. You may laugh at them now, I am.

Iowastartingline.com reported on their little ploy last week with a straight face and excellent analysis. Here is an excerpt:

Rep. Mariannette Miller-Meeks told Iowans last Thursday she values access to contraception and women making decisions for themselves. Then she voted against a bill that would protect women’s ability to do those two things.

Miller-Meeks and Rep. Ashely Hinson, both Republicans, voted against the Right to Contraception Act, but supported a separate bill, the Allowing Greater Access to Safe and Effective Contraception Act.  The second measure is far less comprehensive and only calls for making oral contraceptives available over-the-counter for women ages 18 and older by speeding up FDA approval.

Yet Miller-Meeks called the Democratic bill extreme and dangerous to women’s health without explaining how. She also said it allows non-FDA-approved contraception methods, which isn’t true. {note: my bolding – ed.}

These two clowns deserve derision for this fake maneuver. They deserve a slap on the wrist for wasting the House’s time and our time for this stunt.

Miller-Meeks and Hinson have been wasting valuable seats in the House by acting only in the interest of their party. This stunt really highlights what their tenure has been – a game to support their party while avoiding the extremist label that they and their party have earned. Remember, both have sought support from the former president who led a rebellion against our country.

Enough of them! It is time to vote for honest people who will not play games with their responsibilities.

In the first district we have Christina Bohannan, a law professor at the University of Iowa. Bohannan will be the voice of working Iowans, not a pawn for the party. She will listen and she will act on BEHALF OF IOWANS. We vote for people based on their character. Bohannan is steeped in character.

Liz Mathis in the 2nd district is also steeped in character. As demonstrated by more than a decade in the Iowa legislature and as a community officer for a child welfare and juvenile justice agency, Four Oaks, Liz Mathis is someone we can depend on.

We need a change. Iowa can’t continue with such pathetic leadership. We deserve better and we can have better. Make sure you are registered to vote. Then make a plan to vote this fall. Remember Iowa’s early voting has been cut back this fall. The first day to request an absentee ballot is the end of next month – August 30th. The first day of absentee voting is Wednesday October  19th – make a plan! 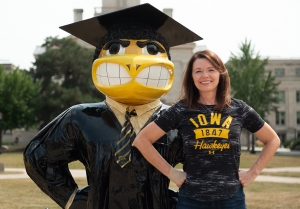 2 Responses to Fooling The People