A Little Fun From Progress Iowa 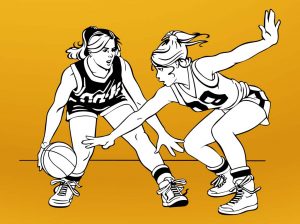 Editor’s comment: The folks at Progress Iowa run an annual “Extreme 16” yearly to coincide with the NCAA tournament. Sadly, Iowa’s Extreme 16 seldom make it because they are good. Rather, these are people in positions of power who can make life even tougher for the average Iowan:

Gov. Reynolds, Sen. Grassley and Rep. Hinson round out the top four

Des Moines, Iowa — Iowans voted, and the #Extreme16 has been selected! This year, State Senator Jake Chapman takes the top spot in Progress Iowa’s list of the most extreme Iowans.

“It’s a bit of an upset but really should come as no surprise that Sinister Jake Chapman beat out heavy hitters like Iowa Senator Chuck Grassley and Congresswoman Ashley Hinson,” said Matt Sinovic, Executive Director of Progress Iowa. “Chapman sealed his fate as Iowa’s number one most extreme Iowan when he accused teachers of having a ‘sinister agenda’ and proposed a bill that would put teachers in jail.”

Sen. Chapman narrowly beat out Governor Kim Reynolds for the top spot, as the two were separated by just one vote.

“Corporate Kim Reynolds is one of the strongest number two seeds in Extreme 16 history,” said Sinovic. “This year alone Reynolds has proposed a measly and insufficient funding increase for public schools, and suggested robbing public schools to fund private schools instead. As if that wasn’t bad enough, Reynolds has repeatedly sold us out, in favor of her corporate donors, and took her divisive agenda national with the State of the Union response, all while ignoring the workforce crisis she created that has made it tougher for small businesses and schools to stay open.”

Click here to view the bracket and read below to view the entire Extreme 16, in addition to the “first four out.”

Iowans cast their votes for the Extreme 16 over the past week, and the full bracket can be viewed by clicking here. In addition to the 16 who were seeded, the ‘first four out’ that just missed the cut were State Senators Zach Nunn, Ken Rozenboom, Adrian Dickey, and Jason Schultz.