Who’d have ever thunk it? In a case involving public health versus those who want the freedumbs to spread a killer virus, those on the side of the killer virus won. I may be wrong, but I seem to recall that Covid Kim Reynolds put Iowa squarely with the virus. Hasn’t she more than worn out her welcome?

Geez Louise there, Covid Kim, we don’t ask much. Maybe helping to keep Iowans alive should rank higher than corporate profits. Well, somewhere anyway. And she wonders why no one is beating down Iowa’s doors to get into Iowa. Come get low wages AND covid! Iowa’s daily double.

A) Quebec seems to have found a great incentive for people to get vaccinated. The incentive involved cutting off the unvaxxed from what?

C) Surprisingly, in the SCOTUS ruling on mandatory vaccines Thursday, what group of workers did SCOTUS agree must have mandated vaccinations?

D) Tomorrow is MLK Day. How many siblings did MLK have?

E) Many celebrity deaths last week. Perhaps the most surprising was what man who played Danny Tanner on “Full House”?

F) In medicine, a US man was the first ever to receive a cross species heart transplant. What species was the heart from?

G) Kayleigh McEnany sat for an interview by the January 6th committee. What was her position in the previous administration?

I) In what state did the Supreme Court say the redistricted maps were too gerrymandered endgame the legislature 10 days to fix them?

J) Down in Australia it is beginning to look like the Australian Tennis Open will have to start without top player Novak Djokovic who refuses to do what?

K) Due to the pandemic, winter weather and staffing limitations, the nation’s supply of what is in critically short supply?

L) California Governor Gavin Newsome refused to release Sirhan Sirhan from prison. Sirhan is in prison for assassinating what politician?

M) How many times was MLK jailed in his lifetime?

N) Iowa Governor Kim Reynolds offered a big break to the wealthy in Iowa, calling for a flat tax set at what percent?

O) What British Royal has lost all his titles and may have to face a lawsuit in New York as a private citizen?

P) One more on MLK. The assassination attempt the took his life was the 2nd attempt on his life. The first took place in Harlem a decade earlier where he was doing what?

Q) New quarters are coming out which will depict pioneering women. What woman will be on the first one?

R) Following negotiations with the Teachers’ union concerning teaching during the pandemic, Chicago mayor Lori Lightfoot announced she had what?

S) What NPR news host made headlines when the previous president hung up on him in the middle of and interview?

T) Dr. Anthony Fauci supposedly called what US Senator a ‘moron’ under his breath after a truly inane one of questioning in a committee hearing last week?

It turns out that the safest place to hide after committing a crime is a Republican caucus. – John Collins

A) access to liquor and marijuana. Seems the province controls who can get such intoxicants. No vax, no booze.

C) Health care workers. Covid Kim has been squawking about this.

D) 2 – an older sister and a younger brother

G) She was spokes person. She is the second from that position to go before the committee.

H) Rand Paul. Much of what Paul said was false and incendiary.

I) Ohio – based on the Ohio Constitution

J) get vaccinated for Covid.

K) Blood. We now have less than a day’s supply.

T) Roger Marshall of Kansas. I concur with Fauci. Marshall was badgering Fauci about his pay which Marshall claimed was secret. It is not.

Missing from the media’s inflation coverage is an acknowledgement that the trend of rising prices is a GLOBAL phenomenon, fueled by the pandemic. Downplayed is the fact that systemic, record-setting inflation is occurring in virtually EVERY major economy. – Jon Cooper 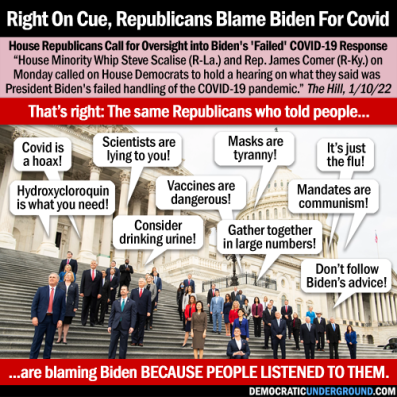