Is Missouri The Future? Ending Contraceptives? 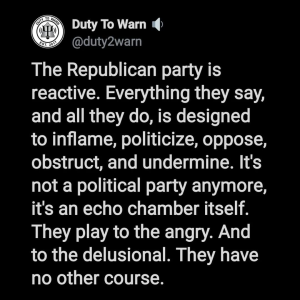 As you know when the right comes up with what seems to be some wild out of this world “issue” we on the left often wonder what the ultimate end will be. Much like the long ago (50 years?) Powell memo led to the end of the Fairness Doctrine which led to Fox News(?) which has led to even more radical right wing media which we see now running wild fiction stories of a president who lost by a landslide claiming he won the presidency.

We can tell a story on almost any issue of how the right has evolved from slightly outside the norm into stories and talking points that have nothing to do with reality. The whole “Critical Race Theory” that has blown up from nowhere to now being a dominant distraction on right wing media even though no one on the right seems to have any idea what they are talking about.

This has even led to laws in states like Iowa to prohibit teaching classes that don’t exist so Iowas won’t be tainted with critical race theory even if we don’t know what it is. Where did all this come from, besides the chance to abuse the scary concept of race?

Where do these ideas come from anyway. It seems like they spring like 17 year locusts out of nowhere for right wing politicians to use to distract good politicians and citizens from serious issues like infrastructure and reforming police.

We may have a couple of examples in the formative stages this week. One comes from that state to our south in Missouri. While many on the left and many women are deeply concerned about a Supreme Court seemingly sculpted to overturn the Roe v. Wade decision, Missouri is prepping to move beyond banning abortion to banning contraceptives.

During the most recent legislative session, the Missouri legislature failed to provide funding for their portion of Medicaid. Thus if they do not do so, medicaid will be out of funds in Missouri in late September. This will cost the state multi billions in federal funds not to mention cause a crisis in the health care system.

The legislative session ended without funding. Republican governor Mike Parsons has called a special session to deal with this issue. Leading republicans in the Missouri legislature have decided that this is the time to have a showdown on using Medicaid funds for abortifacient birth control. That would be birth control that could cause a fertilized egg to be expelled when used quickly enough after intercourse. The most recognized is what is called “Plan B.”

But the legislature didn’t stop with abortifacients. Included in the banned group are IUDs which re in no way abortifacients. Also included is cutting off money to Planned Parenthood (of course). (See more here)

In the monkey see – monkey do world of right wing politics, we could easily see Missouri’s nascent effort to ban certain birth control to quickly widen and deepen to some form of prohibition of birth control in general. Once again they will be employing the chip, chip, chip method of slowly killing laws or rulings they do not like. So keep an eye on birth control as the next battle ground in the culture wars.

In another instance of what may be the future we have Florida requiring students and faculty to surveyed on their political affiliations:

Public universities in Florida will be required to survey both faculty and students on their political beliefs and viewpoints, with the institutions at risk of losing their funding if the responses are not satisfactory to the state’s Republican-led legislature.

The unprecedented project, which was tucked into a law signed Tuesday by Republican Gov. Ron DeSantis, is part of a long-running, nationwide right-wing push to promote “intellectual diversity” on campuses — though worries over a lack of details on the survey’s privacy protections, and questions over what the results may ultimately be used for, hover over the venture.

Based on the bill’s language, survey responses will not necessarily be anonymous — sparking worries among many professors and other university staff that they may be targeted, held back in their careers or even fired for their beliefs.

According to the bill’s sponsor, state Sen. Ray Rodrigues, faculty will not be promoted or fired based on their responses, but, as The Tampa Bay Times reported Tuesday, the bill itself does not back up those claims.

While it seems like we have been down this path before, this one seems more ominous. On its face it also seems to be unconstitutional based on the first amendment, BUT we now have a very right wing SCOTUS that seems too often be not terribly concerned what the constitution says.

Keep your eyes out as once again the right chips away at our rights.