There is not much I can say to add to the solemnity of this day. Most of the brave soldiers that stormed Omaha Beach that day have passed on. All they left us was a legacy of democracy and the end of the worst monster who ever walked the world stage. For that we thank you very much. Let us all strive to be worthy of that legacy.

Yes we will include some D-Day and WW2 questions today.

A)  The Us Army Corp of Engineers proposed building a 6 mile, 20 foot high, $6 billion seawall within 5 years to protect what coastal city?

B) Here we go again. Every presidential year states start changing first primary or caucus dates to precede Iowa or Vermont. Which state has already taken that step for 2024?

C) Everybody else versus the Prime Minister. In Israel, all opposition parties formed a coalition in order to remove what long standing Prime Minister?

E) President Biden commemorated war dead at Arlington National Cemetery. To whom did the land for Arlington Cemetery once belong?

G) Facebook has suspended Donald Trump until 2023 for what reason?

H) In a special election in New Mexico to replace Interior Secretary Deb Haaland the Democrat won by 25%. What reason was given for Republicans not showing up?

J) What Iowa based company is offering a $10 gift card to those who get a corona virus vaccine?

K) To deflect a full force defense by the Nazis on D-Day, the Allies created a fake invasion plan that was headed up by what highly feared American General?

L) What meat packing giant with plants in Iowa was shut down after ransomware attacks on the company?

M) A study by The Washington Post showed what major warehousing company had injury rates far above industry norms?

N) What blogger abandoned his blog less than a month into the effort?

O) How soon after the D-Day invasion did the War end in Europe?

Q) Vice President Kamala Harris was tasked by the President to lead the Administraion’s effort on what critical issue?

R) What city was the focus of media last Monday as commemorations of a century old massacre of black citizens took place?

S) The FDA recommends NOT eating cicadas if you are allergic to what other type of food?

T) Where is the National D-Day Memorial?

The largest meatpacker in the world was shut down by an attack from a Russian group of cyber hackers.

So, turns out it wasn’t Biden coming for conservatives’ burgers – it was Putin. – Wallis Weaver 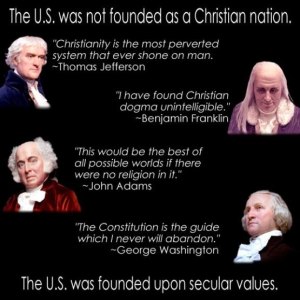 G) Because he is a public risk

T) Bedford, Virginia. The spot was selected because this community suffered the highest losses on D-Day in proportion to its populace.

As bad as attacking the Capitol was, pretending it didn’t happen, and doing nothing about it, that’s far worse. – Jeremy Newberger

A reminder that Obamacare is on the Supreme Court cases to be decided this month:

Tip of the hat to: http://all-hat-no-cattle.blogspot.com

retired in West Liberty
View all posts by Dave Bradley →
This entry was posted in #trumpresistance, Humor. Bookmark the permalink.
Loading Comments...
%d bloggers like this: