We Need To Know How Our Representative Stands – For or Against The Big Lie? 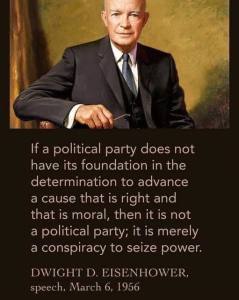 Wednesday morning The Republican Party made a show of one of the biggest acts of cowardice this democracy has seen in a long while. In order to shut Congresswoman Liz Cheney up, they needed to remove her from the leadership ranks of their party. But they couldn’t do it in the light of day as democracy dictates. They had to do it in the dark behind closed doors so that no one could see who were among those putting the proverbial shiv in Cheney’s back.

Cheney’s sin is that she is standing up to the would be dictator of the US, Donald Trump. Instead of following the rest of her party down the path of supporting what has become known as the “Big Lie” – that Trump actually won the 2020 election but it was stolen from him – Cheney has decided to follow the truth. This has gotten her into hot water with her party in the US House.

But Party leader Kevin McCarthy learned a few months back that having a vote to remove Cheney in open view of as democracy says he should can be hazardous to getting what you want. Too many GOP representatives apparently knew how a vote against someone for speaking the truth would look back home. So they voted to keep Cheney because voters would see their votes.

Thus McCarthy changed the rules and made the process not even a real vote, but a voice vote behind closed doors. That way those of us in the unwashed throngs will never know and I assume never be told, how our representative voted. So cowardly. I have submitted a question to Miller-Meeks office to ask how she voted. I do not expect a response.

If I did get a response, how could I ever verify what the office said. Try to ask others in the room? Besides, admitting to a vote one way or another would piss off one side or another. If she admits to voting to oust Cheney she will piss off those who believe Cheney’s telling the truth is fundamental to how democracy should work. To replace Cheney with someone who will undermine democracy by supporting the Big Lie and undercutting election integrity is a sin and the sinner should be removed from office.

On the other hand, if Miller-Meeks admitted to supporting Cheney that will piss off the pro-trumpets who deeply believe that despite all evidence somehow their hero had the election stolen from him. They couldn’t possibly vote for someone who wasn’t a true believer like they are.

Thus I don’t expect a reply. If I do get a reply I expect the answer to be unclear so that it will be nearly impossible green an answer. McCarthy put his party onto a lose-lose situation and about their only way to try to not look bad either way is to ignore questions concerning this vote. Sort of an implicit lie I would call it.

Calling it an implicit lie makes me think that this is perhaps the first time I have ever said that the congress member from Iowa’s second district might be lying. The congress members that I am thinking of are Jim Leach and Dave Loebsack. These guys were honest as the day is long.

That is not to say I agreed with what they said. I certainly had problems with the policies Jim Leach stood for. Yet he didn’t lie. Loebsack never did either. In the world of divisiveness spawned by the so-called Reagan Revolution, this was unusual. It is sad to see that this district may become yet another district where lies and misleads become the norm.

Here is a little minute and a half video from Meidas Touch showing what the now Trump Party is devolving into: