Why Does No One Say Failed President? 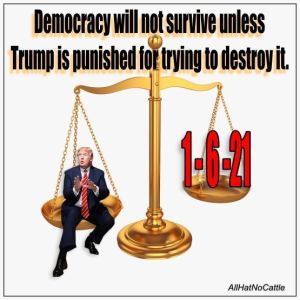 Not that I want to waste anymore of my time and effort on Donald Trump, but sometimes you just have to get it out of your system. As we enter the fourth full month of the Biden Presidency the long shadow of the last president still casts somewhat of a pall on the country.

As Trump once again gets press for acting like a two year old trying to figure ways to get back on social media where he has been banned for refusing to follow rules we still don’t see the media standing up to say “Enough! We will no longer cover this BS”

Trump was handed an economy that was really humming and went about destroying said economy by doing what republicans do and reinstating the gawd-awful trickle down economics. He then gave the economy a death blow by refusing to deal with the pandemic in an adult manner. For him and his buddies it was just another chance to make some big bucks.

To hear him tell it he even failed at cashing in the way he thought he would as the values of his businesses tanked. Failure, failure, failure.

His presidency has been discredited. All the claims he made to improvements either never happened or were done by someone else. The 2017 tax cuts were slowing the economy by chunks. Not an accomplishment. Operation Warp Speed did little to speed up the deployment of vaccines that had already been for the most part developed.

Lies, lies, lies and lies was the currency of his administration. The disinformation that was central to his presidency continues to be the staple of the Republican Party at all levels. You can’t trust them. Anything a Republican says should be immediately fact checked by whatever news source uses their statements.

Let’s not forget that as the President of the United States Trump helped set up an assault on his own government that was carried out on January 6th, 2021 – perhaps one of the darkest days in the history of our country. The intent was a coupe that would stop the very core of our democracy, the peaceful transition of power.

Unbelievably Vice President Mike Pence was a target of this assault. Yet all of the Senators and Representatives including Republicans whose very lives were in danger now have a bad case of Republican amnesia about this.

Contrast that with the first four months of the Joe Biden Presidency. From day one Biden has been doing what this country needs to get beyond the pandemic and put people back to work. He has also helped craft legislation to help get people back on their feet. He is also setting long term challenging goals especially in repairing today’s infrastructure and preparing it for the future.

We don’t need the perspective of time to know that Trump’s presidency was by far the worst ever. It was a failure, discredited and a disgrace to the country, full of scandal and driven by lies and misleads. Amazingly there is hardly a Republican office holder in the country who has enough guts to stand up and say the truth.