In case you missed this little news item this week (7.5 minutes)

In another small attention getter the showdown between the Trump virus and Big Ten football resulted in a knockout for the Trump virus. The Trump virus is on a roll having knocked out a huge amount of businesses, most county and state fairs around the country and lopping off 1/3 of the US economy. One stubborn opponent remains for the formidable Trump virus. That is schools.

Schools from pre-K through university seem to think that they have the stuff to stare down the so far unbeaten virus. State governors across the land are betting your children’s lives on it. In preliminary bouts in states such as Georgia, Indiana and Mississippi the Trump virus has scored several KOs. The majority of the bouts will begin the week proceeding and following Labor Day. We wish schools well, but the Trump virus is a killer.

Sign in 1918 (courtesy of Emma Donoghue’s THE PULL OF THE STARS): MASK YOUR COUGH AND MASK YOUR SNEEZE, ONLY FOOLS AND TRAITORS SPREAD THE DISEASE. – Stephen King tweet 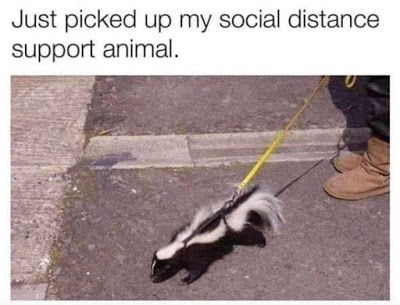 another tip of the hat to http://all-hat-no-cattle.blogspot.com

retired in West Liberty
View all posts by Dave Bradley →
This entry was posted in #trumpresistance, 2020 election campaign, Blog for Iowa, Covid-19, Humor. Bookmark the permalink.