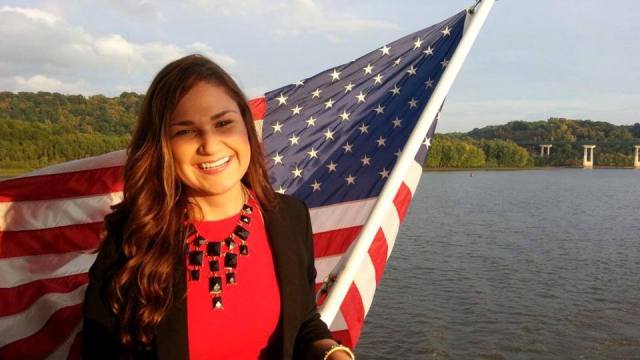 I suppose a person shouldn’t be too surprised that first district Republican congressional candidate Ashley Hinson has been caught plagiarizing from a variety of sources, including her opponent Congress Woman Abby Finkenauer.

Finkenauer has been an excellent congress member for her district. She has fought hard for the working men and women of northeast Iowa. I guess if you are going to steal material from somebody, might as well steal it from someone good.

The Hinson plagiarism story began Monday when the New York Times reported that material on Hinson’s website had been lifted verbatim from sources such as the New York Times, the Des Moines Register and her opponent. According to thehill.com

“Ashley Hinson, a GOP candidate for a House seat in Iowa, removed multiple sections from her campaign website on Monday after a New York Times report found several passages appeared to have been taken nearly word-for-word from the Times and other news sources, including The Hill.

Hinson’s campaign website also included “exact passages” from 2019 pieces in the Des Moines Register and The Hill, according to the Times. All of these pages have now been taken down.

Hinson, a state representative in Iowa, is running against Rep. Abby Finkenauer (D-Iowa) in a competitive House race.

In an April op-ed in The Gazette, the state representative used several phrases that had appeared in a CNBC story published days before. Her platform on veterans issues also reportedly included almost the same phrasing as Finkenauer’s platform, The Times reported. “

What was probably just as disturbing as the plagiarism charges is Hinson’s reaction. Like most Republicans instead of taking responsibility for the problem herself, she immediately found a scapegoat. If that doesn’t remind you of Donald Trump I do not know what will. Hinson blamed her problem on her staff. Well, who hired them?

Plagiarism like this is really small scale. But the response to such a discovery can tell the district a lot about how a person will represent their constituents. Like nearly all Republicans today, it appears that when times get tough, Ashley Hinson will be looking for a scapegoat to blame her problems on.

When a political candidate, like Hinson, is accused of plagiarizing campaign-related material, it’s not a reflection on their ethics. They, most likely, did not write the material in question and were unaware of the plagiarism.

However, it is a reflection on how they run their campaign. Publishing content without performing due diligence is very worrisome. Plagiarism detection should be a part of the editing and approval process. If it’s not or the process is so lax that significant and repeated plagiarism slips through the cracks, it is worth noting.

Also expect that will be how Hinson takes her responsibility.

Abby Finkenauer comes from a working class family. She is what the first district needed in 2018 and needs even more today. We have watched as Abby has worked hard for Iowans. She will continue to represent the first district and take responsibility for what she does.