2016 Revisited Do Not Despair 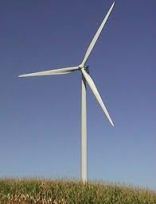 Following the mainstream news sources, we only get certain kinds of news.  Generally speaking,  bad news, superficial, biased, sensationalized news, sprinkled with dramatic over-reaction by the punditry in some cases or bewildering under-reaction (nothing to see here!) in others.  But behind the scenes of the 24-hour news cycle, and the Reality TV political coverage, realize that there is Real Reality going on. Here are some things that are out there happening. There are reasons to still have hope.  Reject the politics of cynicism and despair. 2017 awaits.

Here are some hand-selected outtakes from a list of 99 incredibly positive climate developments from 2016. Social change, education and health topics were also included.

1. British Columbia protected 85% of one of the world’s largest temperate rainforests, home to the wonderfully named ‘Spirit Bear.’ Reuters

3. In March, the US government abandoned its plan for oil and gas drilling in Atlantic waters, reversing its decision from a year ago. Guardian

42. The Paris Agreement became the fastest (and largest) United Nations treaty to go from agreement to international law in modern history. CBS

43. Global carbon emissions from the burning of fossil fuels did not grow at all in 2016. It’s the third year in a row emissions have flatlined. Scientific American

44. Thanks to rapid technological innovation and political support from around the world, renewables now account for more newly installed capacity than any other form of electricity in the world, including coal.. Gizmodo

45. The Chinese government placed a ban on new coal mines, created new rules for grid access and doubled its renewables targets for 2020. WRI

India announced it won’t need any new coal plants for the next three years because it’s flush with generation capacity. Times of India

48. In the same month, 25% of European countries announced that they had quit coal. EcoWatch

50. In 2016 Costa Rica ran solely on renewable energy for over 100 days. Now it’s aiming for an entire year with no fossil fuels. The Independent

4. In October, the International Energy Agency reported that half a million solar panels were installed each day around the world in 2015. It also drastically increased its five year growth forecast for renewables. IEA

58. In November, India unveiled the world’s largest solar power plant, and revealed that it is now on track to be the world’s third biggest solar market in 2017. Al Jazeera