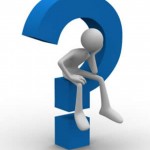 Didn’t I learn my lesson last week of not making fun of Mother Nature? Well, {neener, neener} you missed us with your big old blizzard! And boy they make fun of Iowans watching the grass grow in the summer for excitement. Well I was nearly that bad this week as I went out just to stand and watch the snow melt. Felt good.

Got a picture from relatives in Minnesota with them in the middle of their 8 foot mounds of snow and a “full” sign stuck in the snow. That was before Thursday night’s blizzard. Snow that could be much better used in Sochi where temperatures continue in the 50s. Almost can’t wait to switch my winter complaining to summer complaining.

What happened this week?

1) I didn’t win the big lottery this week. Where was the ticket sold that won?

2) Which Republican governor this week came under greater scrutiny as documents were released from a “John Doe” investigation into his campaign practices?

3) Which Republican governor this week said that her state did not want any union jobs?

5) In which state the Republican legislature passed a bill that allows discrimination against gays for religious reasons?

6) In which state did the DMV approve a new license plate featuring a treasonous flag?

7) Which Republican governor refused to issue bonds voted for by the public, thus endangering projects?

8) Which candidate for governor had to apologize for Ted Nugent’s nasty words concerning President Obama at a campaign stop?

9) It is Black History Month. Sadly as if a blast from the past, a jury from which state failed to convict Michael Dunn for the murder of Jordan Davis?

10) Two more counties in Iowa, Bremer and Wapello, were added to the list where which tree killing pest has been sighted?

11) Which country swept both the men’s and women’s curling championships at the Olympics?

12) Feb. 1,1960: Four black youth ordered coffee and were refused service at what store in Greensboro, N.C.? Thus the beginning of the sit-in demonstration.

13) Yesterday was the anniversary of the birthday of our highest regarded President. Who was that President?

15) In Colorado, money made from which totally legal business can not be deposited in banks, leading to major security concerns?

We are about to end this endless February. Turn your memories back a couple years to a march that set all sorts of heat records in the US. Ah! the good, old days! Despite what we may think, January was the fourth warmest on record according to NOAA.

6) Georgia. The “stars and bars” is the flag of treason.

retired in West Liberty
View all posts by Dave Bradley →
This entry was posted in Blog for Iowa, Humor. Bookmark the permalink.
%d bloggers like this: