Besides Recall, Walker Has Other Big Problems 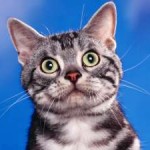 If Walker is defeated, he may still have a warm bed.
Besides potentially being recalled, Scott Walker and his campaign and administration has quietly been the focus of a wide-ranging “John Doe” investigation. Seems there has been shenanigans galore  under Walker, the county commissioner and Walker, the governor.

I, for one, am so glad the circus has pulled up stakes and left Iowa. I am so tired of hearing the lies about Obama being raised in speeches without challenge. And I am so sick and tired of hearing that Michele Bachmann was born in Iowa.

Iowa has given the world more than its share of heroes in many walks of life. The likes of Norman Bourlog, Glenn Miller, Meredith Wilson, James Van Allen, Henry Wallace, John Lewis and even a pre-presidential Herbert Hoover. These were people who stood for something much greater than hate and ignorance.

So now that your flight of fantasy is over, Ms. Bachmann, we would appreciate it if you would no longer mention that you were born in Iowa. We have a reputation to maintain.

God told me He wanted me to run for President

But I think since telling these people to run, God has become much more concerned with Tim Tebow’s inability to throw a forward pass and has thus let His campaign management slide drastically.

Let us hope that none of the candidates become bitter and sue God for breaking His promises.

For standing up to the bullies in the House and Senate, calling their bluff and appointing not just Richard Cordray at CFPB, but three new members at the NLRB. Now maybe some of the grievances that have been blocked at the NLRB can be heard and resolved.

This is a great example of how Republicans have brought government to a halt using parliamentary tricks. Republicans do not want to govern. They just don’t want Democrats to govern. So in that vein, Republicans have turned government into a 365 day a year campaign, thereby halting most governing. Government is one of the most important functions in the US and when government doesn’t function our credit and credibility will die.

How will they campaign against Health Care?

While Romney, Newt and the boys are trying to make their bones on ending “ObamaCare” they have said not one word about how the would replace it. One can only assume that ending “ObamaCare” would result in a return to the situation that made health care the number one issue until Bushco crashed the economy in 2008.
I can’t wait for the Republican presidential and congressional candidates to stand on that stump and say proudly:

“I want to return America to a time when only people with jobs could have health insurance. A time when the insurance companies took one-third straight off the top for expenses. A time when some corporate bureaucrat decided whether or not your child should be treated, or they would cover your cancer, or they would dig deep,deep, deep to find any excuse not to cover your treatment.  This was a time when health insurance worked for the insurance companies and we want to bring those good times back”

For nigh on 50 years the Republican Party has had Medicare in its sights. Now they feel they can finally kill it if they can just get enough votes. So if you decide to vote Republican, remember you are not just voting for the lies they propound but for the unmentioned mission of killing Medicare and Medicaid. Also Social Security will be in that mix.

If you are a family values person, this may be just what you want, because Grandma and Grandpa will probably be living with you. And most likely, they will die in your home, since going to a hospital is way too expensive.

Well over in Indiana poor old Mitch Daniels is having trouble keeping up with the other crazy Republican governors. Sure, he’s sold highways and buildings but he hasn’t gutted the unions yet or closed off the capitol. So he needs something to bring him up a notch in the crazy ranks.

And just in the nick of time here come State Sen. Vaneta Becker proposing legislation that will fine anyone caught not singing the national anthem correctly. Based on my lifetime of observation, that is everyone who attempts to sing it.

The $25 fine for each offense should make Indiana coffers swell and they can probably lower property taxes.

Next: keep an eye on that Pledge of Alegiance, especially for those who can’t speak and must sign or for those atheists who refuse to say “under God.”