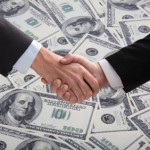 I was a bit dismayed the other day to see that that New York Attorney General Eric Schneiderman had been removed from the group of Attorneys General that were prosecuting financial companies for their part in the mortgage fiasco that nearly took down the United States economy in the first decade of the century.

Schneiderman was among those seeking the toughest course of action.

“Schneiderman, who has undertaken investigations into the way banks bundled and sold pools of mortgages, known as securitization, has said any settlement should not release banks from liability for all their mortgage-related sins committed before the financial crisis. Attorneys general from several other states, including Delaware, Nevada and Massachusetts, have expressed similar concerns.”   washingtonpost.com

Iowa’s Attorney General Tom Miller is heading up the group of states’ Attorneys General that is working on this investigation. As the group leadership leaned more and more toward making a deal that would relieve the financial institutions of liability and future lawsuits, Schneiderman in particular became a problem for them.

“But Schneiderman, who earlier this year launched an investigation into the securitization practices of Goldman, Morgan Stanley, Bank of America and other companies, is screwing up this whole arrangement. Until he lies down, the banks don’t have a deal. They need the certainty of having all 50 states and the federal government on board, or else it’s not worth paying anybody off. To quote the immortal Tony Montana, ‘How do I know you’re the last cop I’m gonna have to grease?’  They need all the dirty cops on board, or else the whole enterprise is FUBAR.”   rollingstone.com

So, Miller had Schneiderman removed. “Miller did not speak with Schneiderman before he sent word about the decision. Rather, Iowa assistant Attorney General Patrick Madigan e-mailed counterparts around the country just before 1 p.m. announcing that New York had been booted from the key group of states overseeing the negotiations, ‘effective immediately.'”  washingtonpost.com.

This is disappointing on so many levels. Tom Miller has a well-earned reputation as a tough no-nonsense prosecutor. Letting the financial institutions off with relatively minor fines and shirking liability more than sends a bad message. It sets a really bad precedent for the future. Should the financial institutions get away with this, they will surely try it again. We have many examples of that. We could even call this the son of the Savings and Loan scandal of the late 1980s.

So far this has flown under the radar of the main stream media. But it has not escaped the scrutiny of cyber-space and activists. Iowa Citizens for Community Improvement has sent out an action alert to tell Miller his action is unacceptable.

“This news is a huge blow to those of us who expected great things from this investigation–and from our Attorney General–and we need Miller to reverse course immediately. This investigation is hugely important as it is the only investigation into big banks’ mortgage and foreclosure practices since they caused the economic crash in 2008 that still devastates millions of hard working families. It’s too important to let Miller cave to the big banks.”

Please take five minutes to email Tom Miller today. Tell him not to give an inch of ground to the big banks. Tell him that instead of getting rid of people who stand up to the big banks, he should be working more closely with them. And tell him, like Schneiderman did, that he must not grant immunity to the banks in a settlement.