Well next month (or the day after tomorrow if you will) has been celebrated as Black History Month in the US for decades. But this year white politicos of the Republican persuasion have decided that talking about Black history makes white kids feel bad about themselves. Well, too bad. We shall continue to talk about reality here.

Speaking of reality, President Biden has done a magnificent job of turning the economy around. Yet the press barely notices. What’s a guy got to do?

B) Stephen Breyer made headlines by announcing his retirement. What is he retiring from?

C) Neil Young pulled his material from what hosting platform because they allowed Joe Rogan to spread lies about covid on that platform?

D) This week’s outrage comes to us from Disney where what cartoon character will be outfitted in a pantsuit for the first time?

E) Can’t argue with this assessment. What Fox newser did President Biden refer to under his breath as a “stupid son of a bitch” on a hot mike?

F) Whose girlfriend was given immunity so she could testify against her former boyfriend in an underage sex scandal?

G) What major sporting event starts later this week in the face of the continuing covid pandemic?

H) Black History: Garret Morgan invented what traffic implement we all must deal with daily?

I) A bridge in what major American city collapsed just before President Biden was scheduled to make a speech on infrastructure repair in that city?

J) Willow, the newest presidential pet, is a what kind of critter?

K) The administration is making 400 million N95 masks available to the public through what outlets?

L) What home appliance has been cited as a major greenhouse gas emitter even when not being used?

M) Reporting is beginning to focus on the wife of what SCOTUS justice and her involvement in the January 6th insurrection?

O) Who is Kentaji Brown Jackson?

P) Republican politicians in Iowa responded to our child care shortage by proposing what?

R) Sarah Palin had her defamation suit against the New York Times postponed due to what?

S) At an anti-vaccination rally in Washington, DC last weekend, Robert F. Kennedy was roundly criticized for invoking whose name? (Criticisms included his sister and his wife.)

T) What black female was a champion in both tennis and golf in the 1950s and 1960s, when blacks were for the most part banned?

I know I bang this drum a lot but FOX News is a national security threat the likes of which the USA has not seen. Especially when you consider Tucker’s show is piped into U.S. military bases globally. Nothin’ funny about it. It’s a weapon of chaos, sedition and mass death. – Scott Linnen tweet 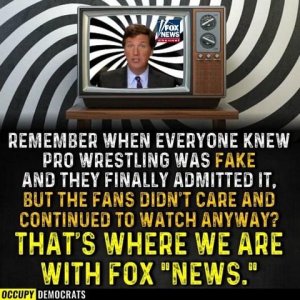 F) Matt Gaetz. Can you almost hear the ‘Dragnet’ theme playing in the background?

G) The Winter Olympics in Beijing

L) gas stove – most leak even when shut off

P) that children could be left alone with kids 16 and older. Apparently better pay and conditions is too much.

R) She tested positive for Covid

My apology to any Republican who were upset by Black History questions. More to come.

It used to be that the GOP was a mostly corporatist party that embraced racism and bigotry to get enough votes to win.

Now it’s just a racist and bigoted party that embraces corporatism to give it cover. – Pam Keith 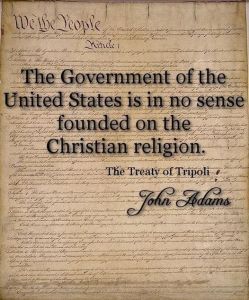