Arizona is another state that is working hard to kill their kids. (Note: I have skin in the game there). So far schools have found a loophole that allows them to mandate masks until September 30th. Most school districts have therefore mandated masks. Ducey is fighting those mandates tooth and nail. Just wants to please Trump is my guess.

Iowans are back in school. Governor Covid Kim is conducting a little science experiment with your children, especially with those under 12 years old. By forcing them back into crowded classrooms without a mask mandate, Kim will see how many of Iowans youngsters will get sick and possibly die under these circumstances. Maybe you didn’t sign up for this experiment, but Covid Kim knew you wouldn’t mind. Hope she signed her grandkids up for her experiment.

And speaking of politicians that think they are scientists, we have Chuck Grassley, Science Guy! When last seen (by iowastartingline no less) Chuck was expounding on whether masks work at one of his famous town halls. In response to a question from a nurse about wearing masks, Grassley said:    (note: I would love to post this video, but it doesn’t seem to exist on YouTube)

“I think everybody says, ‘follow the science,’ but it doesn’t seem like science has proved one way or the other, but I wear a mask where I have to wear a mask,” he said. “For instance, for almost a full year in the United States Senate we had to wear a mask and I did.”

Chuck has lots of staffers that we pay for. He could have any of them look this up for him OR he could ask pretty much any doctor, nurse, science teacher or pharmacist in this state to find out. Instead he pretty much depends on some anonymous boob on the internet for the misinformation he is proud to pass on. Once more Chuck embarrasses Iowa, making us look like a backwater village.

A) An offshoot of the Covid pandemic is a steep rise in poisonings due to people taking what horse medicine instead of getting vaccinated for Covid?

B) It is the height of hurricane season in the Atlantic. Hurricane Ida appears to have what often hit target in its sights for landfall?

D) What group claimed responsibility for the attack in Kabul Afghanistan that killed 13 US service members and 169 Afghanis?

F) The last of what duo rock and roll brother act that grew up in Shenandoah, Iowa died last weekend?

G) What two congress members took an unscheduled flight to Afghanistan to see the evacuation first hand? This caused a major disruption in the evacuation.

H) A school board in Norfolk, Virginia agreed to pay $1.3 million legal fees for a student who sued the board over what policy?

I) What edifice that was a signature achievement of the previous administration was torn apart by monsoon storms?

J) Who declared her candidacy as a Democrat to run for Iowa’s second district congressional seat?

K) As of Thursday, how many US school children have had to quarantine due to Covid so far this year?

L) “I saved countless lives” stated what Capitol Place Officer as he outed himself as the person who stopped Ashli Babbitt’s attempt to attack members of congress?

M) In Florida, despite threats of legal sanctions Fromm Gov. DeSantis, approximately what percentage of school children are under local masking mandates?

N) As evacuation from Afghanistan steals all the headlines, VP Kamala Harris has been on a diplomatic mission to what area of the world?

O) August 31, 1786 – one of the first challenges to the federal government was led by what Revolutionary War hero trying to keep former soldiers out of debtors prison?

Q) Heavy rains (9 to 17 inches) fell across the middle of what state killing at least 21 and leaving many more missing?

S) What Covid-19 vaccine was granted full approval by the FDA Monday?

T) The House of Representatives passed a voting rights bill this week named after what Civil Rights icon?

I wonder about a nation that does more vetting for the host of Jeopardy than for the president. – Jeet Heer tweet 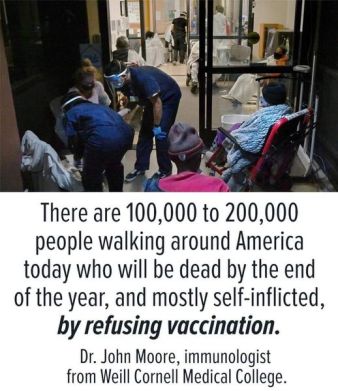 C) The march on Washington

G) Reps. Seth Moulton, a Democrat from Massachusetts, and Peter Meijer, a Republican from Michigan

I) The border wall with Mexico

O) Captain Daniel Shays in Massachusetts (Shays’ Rebellion) Note: This was under the Articles of Confederation.

“But the vaccine doesn’t even guarantee you won’t get sick, it really only stops you from dying.” 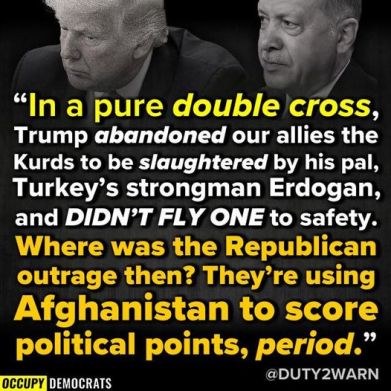 retired in West Liberty
View all posts by Dave Bradley →
This entry was posted in Covid-19, Humor. Bookmark the permalink.