As Black History month ends,  Women’s History month begins. To bring those two together with Biden’s enormous run out of the gate, let me mention this: Sometime in March (date to be announced) President Biden will give an address to a joint session of congress. This will not be an official State of the Union address but will look like one.

When Biden gives that address, as always the two folks behind him will be the next two in line for the presidency. This year there will be some major differences between the people who usually fill those seats and those who will be filling them this year.

In the place of what were normally two white, Christian males we will find one 80 year old white female San Francisco liberal and one half SE Asian / Black female, also liberal. Take a good look America. The times, they are a-changin’.

We seem to have lost track of that one guy – you know, the guy who tried to overthrow the government. Where’d he go?

A million years ago I worked for Enron and I tried to explain the business model to my dad and when I was done he said “that sounds like check kiting” and I rolled my eyes because DADS and I figured I hadn’t explained it correctly but it turns out I nailed it. – Deborah Scaramastra tweet 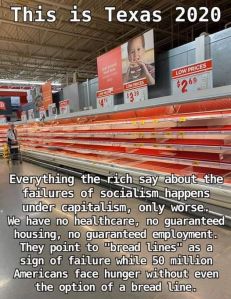 tip of he hat to http://all-hat-no-cattle.blogspot.com 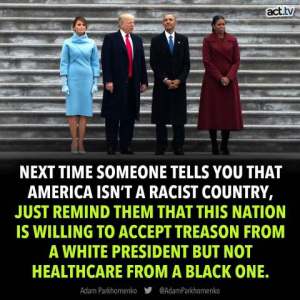 tip of the hat too http://all-hat-no-cattle.blogspot.com

For four years Trump got away with lying hour after hour, day after day, degrading the capacity of millions and millions to know the truth. Now Republicans are continuing to get TV bookings to lie about the election, a sign of media failure that must stop.– Michael Beschloss