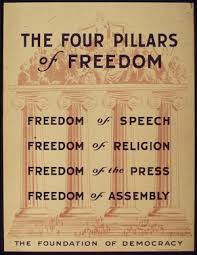 The Trump administration has stepped up prosecutions of news sources, interfered in the business of media owners, harassed journalists crossing U.S. borders, and empowered foreign leaders to restrict their own media. But Trump’s most effective ploy has been to destroy the credibility of the press, dangerously undermining truth and consensus even as the COVID-19 pandemic threatens to kill tens of thousands of Americans. A special report of the Committee to Protect Journalists.

Broadcasting & Cable has this:

The Committee to Protect Journalists said President Trump’s attacks on press credibility have been “dangerously effective.”  It has issued a report on Trump (penned by former Washington Post executive editor Len Downie) and the media and has written the President asking for a meeting

Letter by CPJ to Donald Trump:

The Committee to Protect Journalists, a non-profit, non-governmental organization, is writing to express our concerns regarding a pattern of actions by you and your administration that threatens news media and impedes the free flow of information on issues of great public interest. We cite specifically regular statements that delegitimize the role of the press; retaliation against journalists for critical coverage; prosecutions that equate leaking classified documents to the press with espionage; the harassment of journalists at U.S. borders; and limitations on access to information.

Because of those concerns, we commissioned another comprehensive report on U.S. press freedoms. Our first report, “The Obama Administration and the Press,” was published in 2013 and authored by Leonard Downie Jr., a professor of journalism at Arizona State University and former executive editor of The Washington Post, where he supervised the coverage of five administrations. Our new report, “The Trump Administration and the Media,” is also authored by Downie, who carefully details the practices and policies that we find so troubling.

Based on the report, the Committee to Protect Journalists makes the following recommendations to your administration:

We recognize that you have made yourself personally accessible to the media in a way no president has before. However, many of the actions taken by you and your administration have deepened distrust of the media, chilled national security reporting, and made it more difficult for the general public to access timely and accurate information from their government.

We respectfully request a meeting with you or someone you designate to discuss our concerns and our recommendations for improving the press freedom environment in the United States. We are happy to conduct this meeting virtually, or when current social distancing guidelines are relaxed. Thank you for your attention and we look forward to your response.