Thanks to Progress Iowa for this video of Governor Reynolds claiming Dr. Fauci doesn’t have all the information to issue a shelter in place order. Guess our governor is smarter than science? (21 seconds)

Well, sometime back in the 90s or early 00s we were somehow caught between folks who would clip our luxurious locks. As many people do, I saw a chance to save a couple of nickels by purchasing one of those “do it yourself at home” hair cutting kits. Yep, we got a Flowbee.

Now fortunately neither of us were in situations where our hair had to be trimmed to an exacting style. Therefore the time between haircuts is usually longer than most folks would tolerate. As a child of the 60s it was a style I was quite comfortable with.

Over the years we became at best adequate with the Flowbee to the point where we could appear in public and not be stared at. When we decided to look around for a haircutter a couple of years ago, I thought that we had seen the last of the Flowbee. I stored it high on a shelf in the bathroom. But just in case life played some cruel trick on us I knew where it was. Well, guess what? I am now about 6 months past my last haircut. Hair is getting in my eyes, SO it looks like the Flowbee and I are about to be reacquainted.

As the old curse goes, may you live in interesting times.

The nation continues to swirl the drain.

I don’t ever want to hear a f*cking word about having a business leader run the country. Between Bush and Trump, they have wrecked us. I want a goddamn politician in charge. I want someone who thinks that government is a good thing, not some rank amateur playing dress-up. – The Rude Pundit 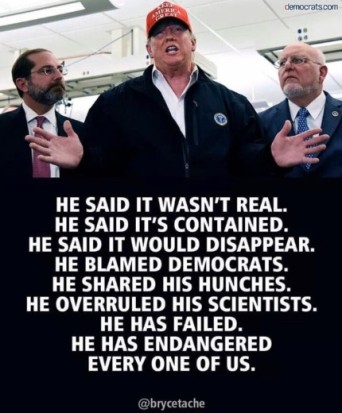