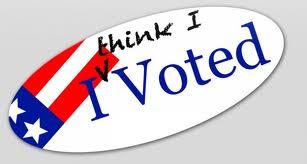 Let me be the 9 millionth to remind you to vote Tuesday. Of course that is only if you haven’t voted once or more already. So be sure to vote, but only one to a customer.

Like many I truly hope the outcome is much better than two years ago. Not sure I am over the shock yet. Let’s just say that life hasn’t been the same since.

America is just on a constant daily alert anymore, isn’t it?

“If the Constitution prevented me from doing one or two things, I’d chalk that up to bad luck,” Trump said. “But when literally everything I want to do is magically a violation of the Constitution, that’s very unfair and bad treatment.”