Sunday Funday – Who Turned Up The Heat? Edition 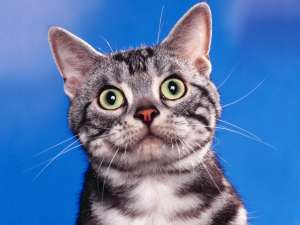 I have a foolproof snow removal system. I call it the middle of March. Been pretty reliable the past few years. Requires a lot of patience and the ability to ignore lawsuit threats. Looks like it will be working once more this year.

Here is something to do as you ignore those threats. Were you paying attention?

1) Republicans claim Obama is a communist fascist and anti-capitalist. How many jobs were reported as added Friday?

2) What long serving female senator announced her impending retirement early in the week?

4) Two months ago, Hillary Clinton handed over 55,000 what to the State Department?

6) King v. Burwell was argued before the SCOTUS last week. What major issue is at stake in this case?

7) Who denied any connection to the murder of political rival Boris Nemtsov?

8) There are fewer women running companies than men named what?

9) A non-profit has begun a campaign to replace what person with a woman on American currency by 2020?

10) Holy port-a-potty, Batman! What once extremely remote place now accumulates as much 26,000 pounds of human feces a year?

11) According to Treasury Secretary Jack Lew, the US will once more hit what limit on March 16th?

12) Inventor John Sylvan admits he won’t use his own invention because they are expensive and bad for the environment. What did he invent?

13) Jim Clark became a household name 50 years ago yesterday. What was his job back then?

15) Budget woes in what deep red state with a tea bag governor is forcing the state to look to at expanding Medicaid?

16) The Justice Department released a scathing report concerning the police department in what US city?

17) A bill allowing children under the age of 14 to posses what survived ‘funnel’ week in the Iowa legislature?

18) A second hospital in Los Angeles, Cedar-Sanai, Tuesday reported that a patient had been stricken with what dangerous infection agent?

20) Did you forget to do something this morning?

3) Ceres – in the asteroid belt between Mars and Jupiter

6) Whether the ACA would continue in its present form

8) John – according to the New York Times

17) a pistol or revolver

18) the super bug, aka CRE, which is resistant to antibiotics

19) oil from the Bakken oil fields

retired in West Liberty
View all posts by Dave Bradley →
This entry was posted in Humor. Bookmark the permalink.
%d bloggers like this: