I am Tired Of Terry

In short one Terry Branstad is doing Iowa no favors and should be sent packing. It is time for new blood.

Oh – and most of all, I am afraid that his lieutenant governor may accidentally become governor. Best to replace him now.

Really Joni? Really?
One Sarah Palin in the world isn’t enough? Iowa has to have its very own version? It was bad enough when you sent out that campaign video claiming your expertise at castration really sent a message around the country. Not sure what the message was, but I sure took the message to- uh – heart. It was definitely an eye opener for most men.

But now you claim – well here:
“State Sen. Joni Ernst stressed that judges must have an “understanding where the Constitution came from and our laws, and they all did come from God.” “

The Constitution has no relationship to your god or any other god. If you ever read the damned thing you might come across this passage also known as Article VI of the Constitution:
“The Senators and Representatives before mentioned, and the Members of the several State Legislatures, and all executive and judicial Officers, both of the United States and of the several States, shall be bound by Oath or Affirmation, to support this Constitution; but no religious test shall ever be required as a qualification to any office or public trust under the United States.”

Not having a clue what the job is is a good reason to vote for almost anyone else. Maybe you should spend your time doing your job in the Iowa state senate where you seldom showed up this year.

Matt Schultz: It’s Not My Money!
Nope, it wasn’t Matt’s money that he gave to his buddy, Jim Gibbons after Gibbons job was eliminated. No it was your money and mine. Just like when he paid his brother illegally. Let us not forget how Schultz squandered our money chasing phantom illegal voters so he could be a star of the tea party. What did that cost us? About a million or so.

You folks out there in district 3 – we can’t afford no Shultz no more.

The Power Of Money
I am but a casual observer of the sports scene anymore, especially the professional sports. But even as a casual observer I had heard the stories over the years of Donald Sterling and his racist bent. So when the stories started bouncing around about what he said to his girlfriend, I for one was not too surprised. What I was surprised to learn was that Mr. Sterling was going to be given a lifetime award by the local NAACP chapter in Los Angeles later this same week.

And this illustrates the problem of money in politics. Surely if I knew about Sterling, the head of the NAACP in LA did. But to get the continuing donations from Sterling he had to ignore Sterling’s actions.

What better example to illustrate what has happened and will be happening to a much greater degree as elections become incredibly expensive and the only folks who have the kind of money needed are people like the Kochs, the DeVoses, etc. They don’t give money without wanting something in return.

Join the Move to Amend movement to help change the Constitution to get money out of politics! 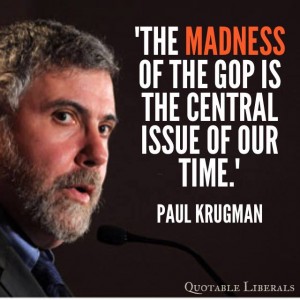 retired in West Liberty
View all posts by Dave Bradley →
This entry was posted in Blog for Iowa, Branstad, Matt Schultz, money out of politics, Move to Amend, tea party and tagged constitution, Donald Sterling, joni ernst, judges. Bookmark the permalink.
%d bloggers like this: