Will the Lame Duck be Lame? 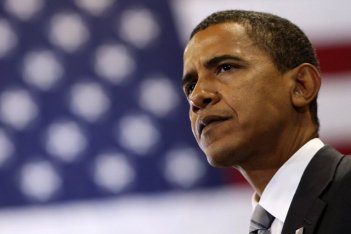 Will anything get done in the lame duck session of congress between now and the end of year holidays? The answer is yes. Like during the 2010 lame duck session, expect congress to get some stuff done, and the debate will be engaging. First will be dealing with the so-called fiscal cliff, and an easy prediction is that the country will avoid it.

On Nov. 6, just after the results of the election were known, the conservative Heritage Action released a video titled “Stand with Us,” that asserted “the election is over, but the campaign isn’t.” The video was a little scary with the closeup shots of Heritage CEO Michael Needham, and a musical score that sounded like it was from the movie “the Omen.” They warned viewers to be on the lookout for “Taxmageddon” (a.k.a. fiscal cliff) coming Jan. 1, 2013.

President Obama had other ideas about the fiscal cliff, which he expressed in his weekly address last Saturday. It is worth watching.

According to Thomas Kenny, “’Fiscal cliff’ is the popular shorthand term used to describe the conundrum that the U.S. government will face at the end of 2012, when the terms of the Budget Control Act of 2011 are scheduled to go into effect.

Among the laws set to change at midnight on December 31, 2012, are the end of last year’s temporary payroll tax cuts (resulting in a 2% tax increase for workers), the end of certain tax breaks for businesses, shifts in the alternative minimum tax that would take a larger bite, the end of the tax cuts from 2001-2003, and the beginning of taxes related to President Obama’s health care law. At the same time, the spending cuts agreed upon as part of the debt ceiling deal of 2011 will begin to go into effect.”

Either congress will kick the can down the road, or they will come together with a solution. If they attempt to extend rather than solve, then watch President Obama’s reaction. He made his position clear, saying, “if Congress sends me a clean bill extending the tax cuts on the first $250,000 of every family’s income, I will sign it right away.” After winning the election, President Obama has some political capital, and using it here makes some sense.

Other things to watch for in the lame duck session?

Will Social Security be on the table as the fiscal cliff is averted? Stay tuned, Harry Reid said no.

Senator John Kerry indicated he will call up the Law of the Sea Treaty for ratification, even though 34 senators have said they are against it (two thirds majority needed for ratification). The treaty is perceived by conservatives to infringe on American sovereignty, and they are against it. How dare the United Nations attempt to update laws in place since the 17th Century when international waters were defined by how far a cannonball flew from shore?

The farm bill may come up during the lame duck session, but don’t look for anything but an extension here. The types of reform needed are to end big ag subsidies and reform SNAP (food stamps) and other nutrition programs. There does not appear to be enough time to do either. While people on SNAP view the farm bill as a matter of survival, conservatives view it as a $1 trillion boondoggle.

Changing the Senate rules on the filibuster: I bet it gets filibustered.

Regardless of what happens, the lame duck session will be anything but lame.