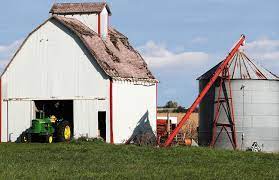 About 20% of the U.S. population lives in rural areas. Much of the rural land is arable and asset-rich, feeding and fueling the rest of the country. Rural places also provide opportunities for outdoor recreational activities.

The nation’s unique natural heritage received landmark status when Congress approved the National Environmental Protection Act (NEPA) in 1970. The act provides a broad national framework for preserving our landscapes. When the federal government seeks to undertake projects that modify natural surroundings, it must inform the public and permit commentary.

The provisions of NEPA were immediately addressed following the January 20, 2021 inauguration of President Joseph Biden and Vice President Kamala Harris. The Biden-Harris administration officially opened a new era. Our natural environment had been repeatedly assaulted by the previous administration that gutted project public review and climate impacts and cut funding for oversight agencies. Biden moved quickly to restore environmental protections and rebuild America’s reputation as a global leader on nature preservation.

The Biden administration aims to make U.S. farming greener as part of a plan to curb planet-heating carbon emissions and avoid the worst impacts of climate change. Practices like cover cropping and rotational grazing protect the soil from erosion. Along with increased efficiency and conservation measures and more energy renewable use, the ground, air, and water become more sustainable and less subject to pollution.

Expanding the above noted programs will require farmer support and significantly increased funding. Some farmers are concerned about the added costs and logistical challenges. Besides, greener farming equipment can be prohibitively expensive. The Biden administration hopes to offset these costs with incentives and paying for them by increased taxes on giant corporations

Critics of Biden’s farming initiatives say that he needs to provide a place at the negotiating table for small diversified vegetable farmers, regenerative ranchers, and organic crop growers. Thus far he, like his predecessors, only consult with the typical Farmers and Ranchers Roundtable that primarily represents large commodity producers.

The National Farmers Union and other progressive agencies advocate policies shifting away from monoculture commodity crops and toward more small, diversified farms that minimize inputs, raise animals on pasture, and sell food directly to their communities. All of this means reducing emissions and building soil that can hold carbon while increasing biodiversity.

Farm policy also has racial dimensions. After the Civil War, rural Black communities spread across the South and West, cultivating a variety of crops. By 1920 there were nearly a million Black farmers, with about a quarter of them landowners.

Jim Crow laws drove Black land-owning farmers to the brink of extinction. White backlash set in, and the Ku Klux Klan used fire bombs and armed intimidation to force Black farmers from their homes. Scores fled to cities in the North and West, where they established Black towns. These Black enclaves became flourishing centers of work, trade, commerce, and culture with operations ranging from banks to gift emporiums, and from law offices to blacksmith shops. Yet, even today Blacks and other people of color continue to face private and public instances of systemic racism.

There is a political divide on farm policies Republicans would spend less and cite the spectre of a radical/leftist/socialist philosophy while Democrats note the dangers posed by climate change and the necessity to take action to mitigate the devastating consequences of increasingly powerful and destructive weather events.

Natural areas provide food and clean air and water, providing a buffer against the worst impacts of climate change like severe drought and heavy rain.