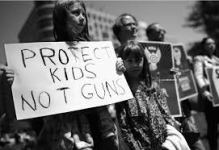 The gun control debate continues to roil politics in the United States. The divide between those who favor stricter gun laws and those who don’t revolves around the Second Amendment.

The Amendment states: “A well regulated Militia, being necessary to the security of a free State, the right of the people to keep and bear arms, shall not be infringed.” In 2008, Supreme Court Justice Antonin Scalia scripted the Court’s 5-4 majority decision on guns with a controversial ruling that the Amendment protects an individual’s right to own a firearm for self-defense in the home.

But it is Congress that holds the Constitutional power to organize and arm the militia “to execute the Laws of the Union, suppress Insurrections and repel Invasions.” The Constitution spells out no specific individual right to firearm ownership.

Scalia’s interpretation of the Second Amendment recognizing gun ownership is not, he contended, “a right to keep and carry any weapon whatsoever in any manner whatsoever and for whatever purpose.” He cited prohibitions on the possession of guns by felons and the mentally ill, or laws forbidding the carrying of firearms in sensitive places such as schools and government buildings, or laws imposing conditions and qualifications on the commercial sale of arms.

Firearms in the United States number roughly 315 million, about the same as the nation’s population. Residents usually direct their gunfire at each other, not the state. American history is replete with examples of firearms use and other violent behavior directed at Africans, immigrants, and workers as well as Catholics, Muslims, and certain non-Christians.

Acquiring guns in America is often easier than buying certain over-the-counter pain medicines. Most of the injuries and deaths come when people turn weapons on others they know, relatives, and friends who often live in the same household.

Roughly 34,000 lives are lost to gun violence each year. Generally, Republicans, backed by the National Rifle Association, oppose gun controls. Started as an organization focused on recreational shooting and hunting, the NRA today lobbies against all forms of gun regulations. The NRA has, furthermore, succeeded in persuading some state legislators to expand gun rights in the form of vigilante-style “stand your ground” and “open carry” laws.

A 2017 survey noted that nearly 40,000 Americans died of gun-related injuries. And 2019 marks a year of shootings in schools, churches, nightclubs, concerts, and malls.

To address this crisis, a number of gun regulations seek to reduce gun violence. These include universal background checks on all gun sales and transfers, including those sold by dealers, on the internet, and at gun shows. Other regulations include registration of all firearms and licensing of gun owners, limiting magazine capacity, reinstating the congressional ban on assault weapons, and adopting age limitations for gun use.

Like Loading...
This entry was posted in Blog for Iowa and tagged gun control, gun regulations, gun violence in America, second amendment. Bookmark the permalink.