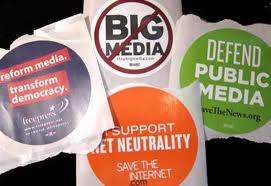 A powerful woman of color, Ocasio-Cortez is a favorite target of the GOP and affiliated right-wing groups, including Fox News. The ad showed the representative’s face burning in effigy before it cut to images from the Cambodian genocide — attempting to connect her political ideology with the one that led to the deaths of nearly 2 million people.

Let’s be clear: This ad is racist, dishonest and violent and it never should have aired. ABC should apologize for running it.

The language in the ad, which was paid for by New Faces GOP, echoes the dehumanizing, racist rhetoric spewed by President Trump and his enablers and amplified by Fox and Sinclair.

As the 2020 presidential campaign heats up, we’re going to see more and more ads designed to demonize people of color and divide our nation. But the lives of communities of color are more important than the networks’ bottom lines.

Demand that news networks refuse to air political ads promoting racism and other forms of hate.