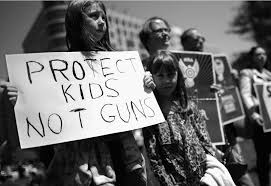 On page A5 of Tuesday’s Cedar Rapids Gazette was the headline “75 shot in Chicago last weekend.”

From 3 p.m. Friday until 6 a.m. Monday 12 people were killed and 63 wounded, mostly on the south and west sides of the city.

It seems like a lot, even for a large city. Shootings in Cedar Rapids are frequent, but not like this. Is the headline a call to do something about gun violence?

Chicago law enforcement attributed the shootings to gangs who shoot into summer crowds at night, according to the news story. The shootings appear to be random, and ongoing. At least 1,700 people have been shot in Chicago this year. It is one tough city.

In the early 1990s I attended a session of arraignment court near the Washington Park neighborhood on the south side. It was an eye opener. Case after case came before the judge: shootings, domestic violence, assault, petty theft, sexual assault — plaintiffs were bandaged and bruised by incidents that provoked the court appearance. The public defender would lose track of his clients and which case was being heard. It was a chaotic meat grinder.

Experiences like these lead me somewhere besides lack of gun control as the core problem regarding social violence. The lightning rod has been the National Rifle Association.

Progressives found a certain amount of glee in the recent story in Rolling Stone titled “The NRA Says It’s in Deep Financial Trouble, May Be ‘Unable to Exist.’” The NRA is the poster child for what’s wrong about gun culture in the United States.

“The National Rifle Association uses its enormous lobbying power to stymie legislative debate and block most constructive gun legislation,” Ralph Scharnau recently wrote. “Thus even very moderate provisions fail to pass or even get out of committee.”

As a society Americans are not good at controlling violence. That includes our elected officials.

Chicago stands as an example the solution to gun violence is not only gun control. I’m not alone in believing that. The World Health Organization proposes violence be treated as a public health problem, outlining four basic approaches:

Hasn’t this work been done? Yes it has. WHO produced a list of ten evidence-based strategies for preventing violence.

Will a public health approach to preventing gun violence work? I don’t know, but what we are doing now — hammering the NRA and elected officials — isn’t. It’s time to try something else.