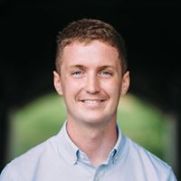 And now it’s time for a word from Austin Frerick, Democratic candidate for congress in IA-03.  Austin is an amazing young progressive candidate Iowa can be proud of. Maybe you don’t live in the third district but you can still help Austin win the primary and take on the Republican incumbent by donating, volunteering and sharing his timely anti-monopoly message on social media.

Change is in the air. And in the water. And at our dinner tables. Climate change has impacted and will continue to impact every one of us, every day, through the interactions of agriculture and the environment. We need to pay attention to this intersection. But the Iowa Farm Bureau, established a century ago to represent the interests of farmers, refuses to accept that change is in the air. The Iowa Farm Bureau is ignoring reality and they are ignoring Iowa’s farmers, consumers, and the health of our state.

The Iowa Farm Bureau’s 2015 platform asserted, “Man’s effect on climate change is uncertain, and science does not give clear direction for any federal or state policy option.” The 2018 platform has no mention of climate change.

The Iowa Farm Bureau is acting like a group of 21st century’s Flat Earthers. If the Farm Bureau really represents farmers, they’d be advocating for steps to fight climate change because a changing climate is a huge threat for Iowa farmers. Either the Iowa Farm Bureau has buried their heads in sand so deep that they’re deliberately ignorant of the consequences of unmitigated climate change on farmers or they’re so beholden to Big Oil that they’re willing to put the livelihoods of thousands of farmers at risk to continue paying out millions in dividends to their board of directors.

Here’s what will happen if we continue to ignore the reality of climate change. If current environmental projections don’t change, Iowa will have nearly a month of days with highs over 95°F. Hot summers will lead to smaller yields of corn. A changing climate will produce more severe rain storms which could exacerbate our existing nutrient-related water-quality issues. Iowa’s waterways are already among the most polluted in the nation. Ignoring the threats of climate change will only worsen this issue. Things are not looking good.

We need to acknowledge the climate reality that we are living in. We need to take steps to address climate change and we need to create systems that will allow us to adapt in response to adversity. The Iowa Farm Bureau seems unwilling to acknowledge change. This is, unfortunately, just another example of the Iowa Farm Bureau putting its investments and greed ahead of family farmers and our environment.