How To Fight Sinclair Broadcasting In Iowa 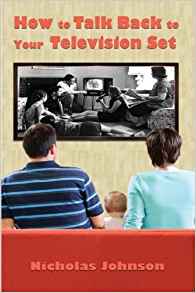 Sinclair  is about to become the TV version of  right-wing radio.  How do we fight back?

1 – Everyone should go to freepress.net, sign up for emails and complete the contact form to the FCC opposing the Sinclair-Tribune merger. They have filed a Petition to Deny the merger with the FCC.

You can still send a comment directly to the FCC.

You can see the filing here.   https://www.freepress.net/resource/108253/free-press-petition-deny-sinclair-tribune-merger

HOW THE SINCLAIR DEAL WILL AFFECT IOWA

“If [the Sinclair] deal were to go through without any area divestments, Sinclair would have at least one foothold in every Iowa media market except Mason City. Sinclair would own and/or operate 10 of 28 main Iowa-related TV stations (seven markets times four affiliates). It would have two in central Iowa (Sinclair already owns KDSM) and the Keokuk/Hannibal/Quincy area. It would have “one and a half” in Sioux City because it owns Fox station KPTH and operates but does not own CBS station KMEG, and also in eastern Iowa because it owns KGAN and operates but does not own KFXA.Sinclair currently owns KTVO Ottumwa, KHQA, KGAN Cedar Rapids and KDSM Des Moines. – http://iowahighwayends.net/blog/

2 – After that, we begin contacting our local stations directly and writing letters to the editor about biased, fake and slanted content. Local pressure on the station. Public exposure of corporate content.

5 – We can also watch content and listen to what is being said on our local stations by the highly paid propagandists they call “on-air personalities.”  Write letters to the FCC, your local newspaper, your local station, your representatives in congress and in the state house.

6 – Contact your local library and ask them to purchase the DVD  “The Brainwashing of My Dad.”

Sign up for this FB group:  Hogwash! Fighting the Iowa Rightwing Propaganda Machine