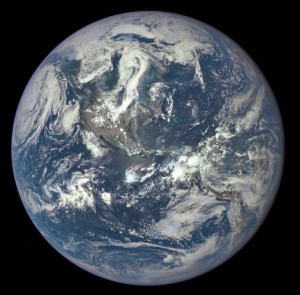 A recent article at Nuclear News reminds us the world is on the cusp of an energy revolution.

“The cost of renewables like solar and cell batteries for electric vehicles are making the carbon-based economy obsolete, with the turning point only a few years away,” author Christina MacPherson wrote.

The age of centralized, command-and-control, extraction-resource-based energy sources (oil, gas, coal and nuclear) will not end because we run out of petroleum, natural gas, coal, or uranium,” Stanford University professor Tony Seba recently said. “It will end because these energy sources, the business models they employ, and the products that sustain them will be disrupted by superior technologies, product architectures and business models. Compelling new technologies such as solar, wind, electric vehicles, and autonomous (self-driving) cars will disrupt and sweep away the energy industry as we know it.

When we consider the use of coal in Iowa, there are many of us who remember the coal trucks plying the streets and alleys of our childhood, dropping loads of the black stuff down chutes leading to a basement coal bin and then to our gravity furnaces. Through the winter, people shoveled coal into burning embers to heat their homes. Coal ash was shoveled out and in the spring, it was tilled it into gardens and spread on fields. Coal ash was also sent to dumps. On the farm, coal was purchased with seeds, feed and grain. It was part of a background to life that did not consider the potential harm to human health we now know it represents.

Those born in the 1950s and before have living memory of how natural gas replaced coal for home heating. The conversion was driven by much lower natural gas cost compared to coal. Similarly, lower costs of renewables will drive the move away from fossil fuels. We are almost at that point, as MacPherson indicated, and the business community is recognizing the reality by investing in renewables.

A recent article by Eva Zlotnicka for Morgan Stanley reiterates this point.

Economics and improving technologies, not regulation, are the driving forces behind many of the sustainability trends in global markets today. Our energy commodities team’s fundamental analysis of power-generation economics shows that longer-term coal can’t compete with natural gas or renewables, even on an unsubsidized basis. In a recent report, the team cut its 2017 coal-burn forecast by around 4%, and now sees only a modest year-over-year improvement, with most of those gains lost by 2018, due to ongoing competition from natural gas and renewables.

The 45th president made much of reviving the coal industry during his election campaign. The trouble for him is the market is heading a direction that not even he and his fossil fuel friends can stop. He can roll back all the regulations he likes and the market will continue to drive the switch to renewable energy.

Many of us were disappointed when President Trump announced his decision to exit the Paris Climate Agreement. It was all hat no cattle.

There is almost no disagreement in the scientific community that fossil fuel use contributes significantly to planetary warming and related climate change. However, that’s not the point. What gave rise to the Industrial Revolution continues to work, and as renewable energy costs decline and become cheaper than the cost of fossil fuels and nuclear, bankers, manufacturers, and service industries will convert because it makes business sense to do so.

Add the public health, environmental, business and economic value of renewables together and a scenario where energy companies may start divesting themselves of coal and oil operations emerges.

How will the U.S. exit the Paris agreement? 45 didn’t say. Will his administration follow the four-year exit process outlined in the agreement, or will he remove the United States from the U.N. Framework Convention on Climate Change (UNFCCC), exiting in about a year? If the drivers of transformation in our energy system are economic, what whit of difference does his decision make?

The agreement posed no financial risk to the United States, according to Morgan Stanley. It seems doubtful other nations will follow the United States out of the agreement, although some may. The pursuit of the goals in the Paris Agreement by remaining countries, combined with the efforts of U.S. states and cities acting on their own, offer the best chance to reduce carbon pollution in the atmosphere.

Nonetheless, an energy revolution is going on and at this point little politicians do seems able to stop it.