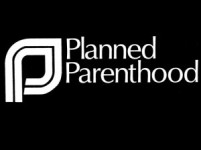 2016 is the 100th anniversary of Planned Parenthood.

“Planned Parenthood Federation of America (PPFA) has its roots in Brooklyn, New York, where Margaret Sanger opened the first birth control clinic in the U.S. in 1916. In 1921, Sanger founded the American Birth Control League, which changed its name to Planned Parenthood in 1942. Planned Parenthood is made up of 159 medical and non-medical affiliates, which operate more than 650 health clinics in the United States, and it also partners with organizations in 12 countries globally. The organization directly provides a variety of reproductive health services and sexual education, contributes to research in reproductive technology, and does advocacy work aimed at protecting and expanding reproductive rights.”     https://wikipedia.org/PlannedParenthood

Here is a live report from Dave Bradley who attended this event Wednesday.  Dave has the day off today.

The event was at offices on Kirkwood Ave in Iowa City. It was easy to spot because of the protestors on the curb. That that made finding the place pretty easy.

There was a good crowd I would estimate at around 50, quite good for late morning in the middle of the week. As one could guess it was predominantly women of all ages and races. I was one of about ten men.

Ms. Richards message was short and sweet. We need to work hard to bring Hillary home in this election. First she asked how many in the room had voted only a few hands didn’t go up. She said great – you are the people we won’t have to call. Plus you are the people that that can make the calls and knock the doors to get those voters out. 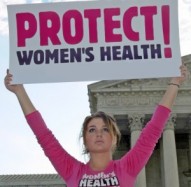 She then tried to channel her mother, the late Governor of Texas, Ann Richards. “What would my mother say right now? I told you it would never be easy. Change never comes easy.”

She then made one more appeal for all to get out the vote. Then picture time.

As we left we got stares from the protestors. I just waved. As we drove off I said to Carol “I wonder what these folks would do if they had a medical emergency and had all sorts of politicians and other people trying to stop them? Bet none of them have ever had any such problem or even a similar issue.”