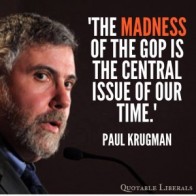 It seems safe to assume that any Republican in the White House will do the same.

The Federal Communications Commission’s Net Neutrality rule classifies all Internet Service Providers (ISPs) as “public utilities,” subjecting them to antiquated “common carrier” regulation. Rather than enhancing consumer welfare, these rules prohibit one group of companies (ISPs) from charging another group of companies (content companies) the full cost for using their services. Small broadband operators—like KWISP (475 customers in rural Illinois) and Wisper ISP (8,000 customers near St. Louis, Mo)—have declared under penalty of perjury that the Net Neutrality rule has caused them to cut back on investments to upgrade and expand their networks.

He’s made it clear this would happen early in his administration, promising to “start” a Jeb Bush presidency by undoing Obama’s regulatory accomplishments. Actually pulling that off would require passing legislation to topple the net neutrality framework — or appointing new FCC commissioners who would vote to roll back the rules. Whichever path he chooses, Bush seems determined to make his mark on the internet in short order if he reaches the Oval Office.