A Tale Of Two Kings 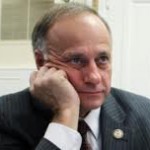 We are nearing the fiftieth anniversary of the “March on Washington For Jobs and Freedom.” In the sweltering summer of 1963 with tensions mounting throughout the country for action on civil rights, huge crowds descended on the nation’s capital in a peaceful demonstration to remind the nation’s leaders that citizens of all races deserved to be heard. While there was fear of violence, the march went off peaceably and citizens of all races came together to make their demand.

The highlight of the day came when Dr. Martin Luther King ended the demonstration with what has become known as his “I Have A Dream” speech. Excerpts have been repeated over and over. This speech ranks as one of the greatest speeches ever. Dr. King went on to work the rest of his life for equality for all. At the end his focus was on decent pay in exchange for a person’s labor. Dr. King knew that a person’s labor was what most people had to sell and should allow anyone, no matter their race, creed, color or background to earn a living wage. Ultimately, Dr. King would die in pursuit of this cause. We now celebrate the life of Dr. King yearly on his birthday in January. He was not rich, nor was he a major politician, but Dr. King stood up for those who were denied the very foundation of America’s promise to its citizens: equality.

This is the 50th anniversary of one of the most cataclysmic years in our history. Two of the most recognizable events in our history took place just a few months apart – the March on Washington and John Kennedy’s assassination. In that time we had leaders who stood up against the wrongs of society at the peril of their own lives. Few did so with the grace that Dr. King did.

Fifty years later the congressman who shares the name of one of America’s greatest leaders is doing all he can to turn America away from its promise of equality for all. Congressman King is stirring up hate and doing what he can to drive a wedge between citizens. In short, Congressman King is trying to undo the works of people like not only Dr. King but also leaders like Abraham Lincoln, Jack Kennedy, Lyndon Johnson, Franklin Roosevelt and even the likes of Theodore Roosevelt and Dwight Eisenhower.

You may want to say that Congressman King’s focus is those who are undocumented workers here in this country so his focus is not destroying American dreams. My response is that these folks came to the US knowing that there were unscrupulous business owners who would hire them. Where is King to aim the blame where it belongs? And it is not just folks of Hispanic origins that he hates. Over the years he has let it be known that if you are not white and male and straight you should not be given full citizenship.

Thus my ruminations on two guys named King. One left a legacy of action and inclusiveness. One is leaving a legacy of hate and division. Sadly for us, Iowa will forever be associated with the latter.

Understanding Dr. King is to know that he did not believe in sitting back and letting things happen. No, he believed in action. While many of us do not have the time to get thoroughly involved, most have a few bucks they can give to King’s opponent next round, Jim Mowrer, in hopes that we can finally eliminate Congressman King from Iowa.