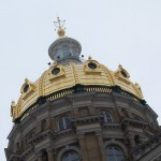 We need to have the Iowa Democrats’ backs.  They are doing their best at messaging and counter-attacking the Republicans in their Facebook Live Media Availability Zoom meetings but the press just wants to talk about “what the Republicans say.”

This week there was one good question about redistricting. It was followed by what are the Democrats  talking about when they say Reynolds is spreading misinformation. Like they haven’t been around for awhile?  Jennifer Konfrst did a great job answering.

The Iowa press is completely subservient to the Republicans, accepting the Republican frame on all things and asking questions that reflect the Republican point of view. Recently on Iowa Press David Yepsen expressed shock when state auditor Rob Sand said #CovidKim (he didn’t call her that) didn’t do anything to help the pandemic. Yepsen visibly got his back up and asked Rob Sand with a tone of incredulity, “Are you saying Reynolds doesn’t care???!!”  Deftly, the state auditor replied, “I don’t know if she cared, but I’m saying she didn’t do anything.” Perfect response, but that’s how the Iowa press is. Iowa nice when it comes to the Republicans and indignant as hell if anyone suggests that the Republicans are anything other than what they are reporting. And they love a follow-up question as long as it’s posed to a Democrat.

Of the press conferences I’ve seen, mostly during 2020 when Reynolds was putting on a pretense of giving a crap, before she quit the pandemic, I never saw a member of the Iowa press work to ask  follow-up questions. Yet they dutifully quoted word for word every piece of nonsense she cared to espouse, all likely handed down from some high level propagandist employed by the RNC or Trump or the Koch Brothers or the Heritage Foundation or ALEC or who really knows who’s in charge of their evil machine? Possibly Putin via Fox News. Call me a conspiracy theorist but I see nothing else that makes any more sense of their bizarre behavior.

Think about it, what could possibly explain why the Iowa Republicans passed an after-hours law banning mask mandates, not allowing school districts to defend Iowa’s kids against Covid?  This was when we thought the vaccines were arriving and all would be well, ostensibly.  So why do it? Kind of makes you wonder if that idea came down from on high in the deep dark dungeons where all evil GOP ideas come from. Let’s not mince words here,  they want the pandemic to continue because it’s bad for Biden, I’ll just say it. We all know it’s true.

Today on the IDP Press Availability Facebook live, there were reporters present with questions. One or two asked about attacks made by Republicans against an Iowa Democrat. Bless Ross Willburn who said, “I wonder if Jeff Kaufmann is just as outraged over the Republican members that are mentioned in that report.”  And you go Ross for mentioning Marianette Miller-Meeks failing to report income.  I’ll be damned if Ross didn’t look a bit annoyed.  Good to see.

One of the reporters wanted to know what Democrats were referring to when they said Kim Reynolds is spreading misinformation.  Jennifer Konfrst replied by pointing out that #Covidkim (she didn’t call her that) has said publicly that the science is out on the effectiveness of masks. Jennifer told the reporter in no uncertain terms that the science clearly says masks are effective and that was the end of it. No more questions.

I was glad to see the Dems show some irritation and annoyance. They actually pushed back effectively.

I would love to see Democrats come up with the most effective messaging that they want to get out there and coordinate a plan with Democratic groups and activists to deliver it over and over like Republicans do.  A message that will win voters over to our side, let the media and voters know what Democrats are trying to do for the country, for our state, making the case for just exactly why the Iowa Republicans are ruining our state and endangering our citizens.  Why not have a few more Democrats on the call for some strength in numbers? Why not go on  local radio? Be like Republicans and slap back harder. Make them pay.

Iowa Democrats are doing okay considering what they’re up against. But we need some high caliber professional counter-propaganda assistance pronto.  Our straightforward honest ways are no match for the evil GOP.

Here’s the Facebook Live. Please check it out. It’s only 12 minutes long. And support your elected Democrats on social media and in letters to the editor. We have to be a more powerful player in shaping the narrative between now and election day.