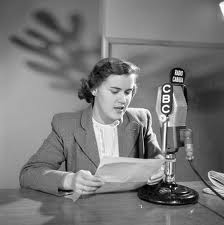 A story over at dailykos is among the beginning of what will be a long line of “what went wrong?” type of article that will be coming in the bucketloads over the next year. Many Democrats will be wondering what happened to what they hoped would be a blowout and total repudiation of of the scandal filled and often illicit Trump administration.

There are many areas in which the Democratic Party could improve. The writer of this article focuses on the impact that over 30 years of far right wing radio in local communities with some 1500 stations blaring out what is essentially unchallenged propaganda for the Republican Party 24 hours a day, 7 days a week, 365 days a year. Propaganda worth billions a year disseminated for free that will affect elections.

Polling and analyses seldom take the effect of right wing radio into the mix when looking for reasons why people vote as they do. Extreme right wing radio has been playing in the background like elevator music that is with us everywhere. In the car, at home while we make dinner, in our stores as we shop. Then much like we while then tune we heard in the elevator for the rest of the day, we subliminally roll the thoughts planted by people like Rush Limbaugh in our minds.

Thus whether we want to think what the right wingers want us to, the ideas are planted. Also the concept that right wing ideas are the acceptable ideas because they are the ones heard in the public. There are no left wing ideas being played in stores or even on our car radios because there are only a very few left wing radio stations in the whole country to counter program.

Over the years leaders on the left have ignored radio as a medium to disseminate their ideas. So while the right has poured massive amounts of money into having their ideas on a 24X7X365 loop in every media market the left has chosen to simply cede that battlefield to the right. Seems like a very short-sighted vision.

Radio would take some deep pockets. But there are some on the left that do have deep pockets that could make a commitment. Air-America was an attempt to counter program. AA was successful in getting ratings and much of the programming was good. Unfortunately management did not understand radio and its markets. So in a short time they mismanaged themselves out of business.

Writer certainot in his article on radio’s power on our political process is much more blunt than I am:

Andrea Mitchell asks David Plouffe what are Democrats doing wrong if a scumbag (paraphrasing) like Trump can get nearly 50% of the US vote. It’s the radio, stupid.

Like just about every Republican politician the last 30 years Trump piggybacked 1500 unchallenged radio stations. Radio stations that are licensed to operate in the public interest but spent most of the year calling COVID a ‘Democrat’ hoax, like the global warming ‘hoax‘ they’ve been yelling about for 30 years.

Wake up Americans, especially you who live in cities with lots of options on the radio dial, and you who think you can ignore talk radio because you believe it’s just another part of the free speech spectrum and if it makes your head hurt you just turn it off or put on another CD.

Like GW Bush, Trump is another candidate who would never have gotten anywhere near the White House, much less get close in a national election, if Democrats didn’t completely ignore 1500 coordinated radio stations yelling over and distorting any national conversation on any major issue Republicans want to dominate.

Can anyone find a single poll relating Trump support to talk radio? Even after Trump spent two hours on the Rush Limbaugh show recently? It’s the radio stupid, because it dominates the primary, secondary, and tertiary buzz in at least 40 states with 80 senators.

He then offers his solutions. To me we simply must compete in this area. Michael Bloomberg could probably have bought a few radio stations in Florida for what he dumped into ad buys in the last few weeks. Many of those ads probably were played on right wing stations to audiences that would naturally be resistant to what was being sold.

As I have said so many times, Marshall McLuhan’s simple message now over 50 years old is so profound: “The Medium Is The Message!” The right is creating and selling their message through their control of the media, especially the radio.

1 Response to It’s The Radio Stupid!