Rise Of Nuclear Power Was A Bad Idea 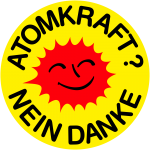 In a broader perspective, the rise of nuclear power was a bad idea. It always required substantial government subsidies, and there is no solution for handling spent fuel rods and radioactive equipment. If there is a disaster like Fukushima Daiichi was in 2011, there is no recovery from it years later.

Alliant Energy, the utility’s only remaining customer, entered an agreement with NextEra to cease operations five years earlier than planned.

The declining cost of other forms of energy led to the decision, according to NextEra spokesperson Peter Robbins in a Radio Iowa article.

“You are just seeing continued pressure on all sources of energy — from renewables and from natural gas — and we are certainly seeing that in the market place in Iowa,” Robbins said.

NextEra plans to invest in existing and new renewables generation across Iowa before the end of 2020, according to the article. Alliant Energy said it will save customers nearly $300 million in the next 21 years by switching away from the use of the nuclear power.

Duane Arnold’s fate reflects the general decline in nuclear power in the United States. While some, like retired scientist James Hansen and former Energy Secretary Ernest Moniz, point to nuclear power as a potential way to reduce carbon dioxide emissions in electricity generation, it is just too expensive. Georgia Power remains the only company in the United States attempting to build new nuclear reactors. The construction at the Alvin W. Vogtle generating station near Augusta, Georgia has been plagued by delays and cost overruns endemic to the industry. The two plants may never be completed.

On June 1, President Trump directed Energy Secretary Rick Perry to take immediate steps to keep both coal and nuclear power plants running as a matter of national security. If the U.S. exits the nuclear power generation business there could be repercussions in ceding technological advancements to China and Russia. It could weaken existing nonproliferation standards if the U.S. discontinued its work as a supplier in the global nuclear marketplace. The flagship U.S. company for nuclear power technology is Westinghouse which filed for Chapter 11 bankruptcy March 29, 2017. Trump’s initiative isn’t going to help Duane Arnold stay operating as the marketplace is doing its work — there are no customers.

Duane Arnold employs about 540 employees, and because of the nature of nuclear power generation, about 300 will find continued employment during the lengthy decommissioning process. The federal government owns the spent fuel rods and there is no current, viable plan for off-site disposal. Storage time required for spent nuclear fuel rods is measured in multiple millennia. The plant’s license from the Nuclear Regulatory Commission had been extended until 2024.

The only successful application of nuclear has been in nuclear powered submarines and aircraft carriers where the question “what do you do with a nuclear submarine/aircraft carrier once its nuclear plant reaches the end of life?” has no good answers.

Renewable energy is Iowa’s future, it is the world’s future. Friday’s announcement was expected, as cost dictates how consumers source electricity. Nuclear power has never been cost-competitive. There will be disruption in workers’ lives and that’s unfortunate. However, the end had to come, and now that the announcement is made people can begin making plans.

2 Responses to Rise Of Nuclear Power Was A Bad Idea